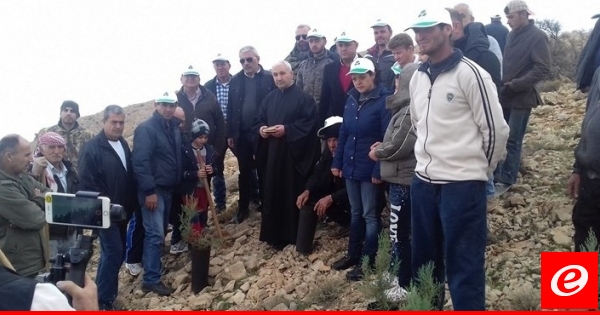 On the occasion of the Independence Day, the Al Qaeda Municipality organized a forestation campaign to celebrate the celebrations of Crusaders on the hill overlooking the city with the participation of priest Nun Abdallah Elian Nasrallah, Mayor Bashir Matar. Tanyos Geagea and actors.

In this context, after a special prayer by the Ministry of Environment and Agriculture, Nasrallah called for, reforestation in Al Hayat and Salam, especially in Baalbek Hermel Bu.

On the other hand, Geagea prayed and spoke about the meaning of the campaign and expressed the hope that ti there will be a step on the road to continue the reestablishment of the hills of Lebanon Buna.

Or In honor of every soldier in the Lebanese army, who works to protect the country and protect its dignity and dignity, and responds to its victims and martyrs, Matar said, it Every victory is in the name of the victim and the fire of Lebanon “.

About 150 trees have been planted by the Lizab Kingdom and the campaign is scheduled to continue in the coming days.