Home / italy / Vittorio Sgarbi lost his anger at Vladimir Luxuria: "You have that c! Were you a man?"

Vittorio Sgarbi lost his anger at Vladimir Luxuria: "You have that c! Were you a man?" 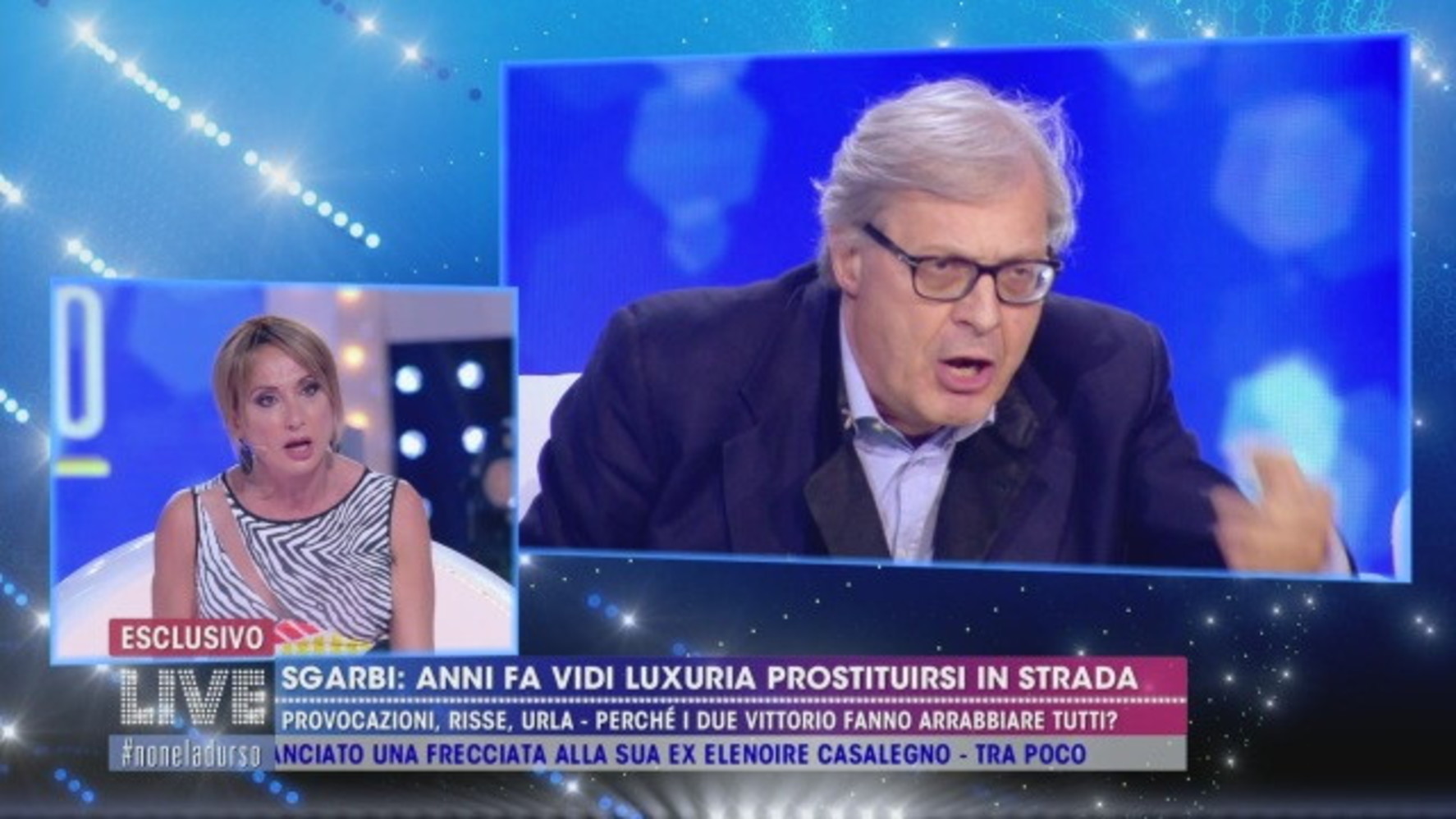 After Vittorio Feltri Vittorio Sgarbi argue with Vladimir Luxuria in the study "Live – It's D & Urso", a dialogue soon entered into an angry fight: everything comes from a declaration a while ago art critic associates former deputy with prostitution.

Sgarbi in the studio does not deny, admits that he read in the same Luxuria interview published by Corriere della Sera. However, he refused, mentioning a meeting on the streets with the art critic in the 90s, where he was misrepresented. But Sgarbi answers: "Prostitute proclaimed in an interview and in the 80's, not in the 90's. One night I go out and see him beaten up. "Luxuria refuses again and at this point Sgarbi starts to get angry:" Aren't you defeated? You never did it? "

Sounds inevitably riseLuxuria does not fit. He stood up and exploded: "A man like me should not be confused with a prostitute when walking down the street!" Sgarbi didn't: "No trade, you were a prostitute! You declared it, don't deny the truth!"