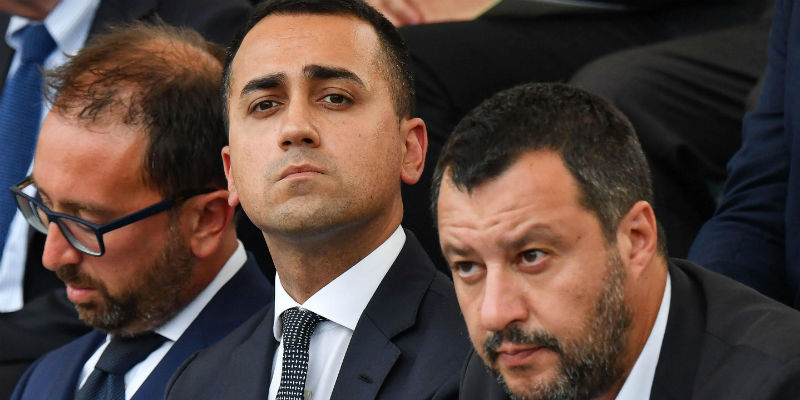 The second Conte government is subject to a lot of criticism from the opposition, but also a significant part of the majority, due to the newly adopted rules in Europe, to change the European Stability Mechanism (MES), which helps the countries in crisis to adopt a complex reform process for over a year. eurozone

The first to criticize the reform was the League president Matteo Salvini, whom he spoke yesterday: "Yes" would be the destruction of millions of Italians and the end of national sovereignty in changing the MES. The 5 Star Movement almost reacted to Salvini's attack. First, a group of lawmakers criticized the reform and asked Prime Minister Giuseppe Conte to report the matter. Political leader Luigi Di Maio immediately helped the MPs and today Corriere della Sera MES The MES reform that crushes Italy is unacceptable ”.

The attacks of Salvini and Di Maio came unexpectedly because there is currently no special news on this front, as it is also the first time that the two political leaders – first competitors, then allies – are new opponents – June 2018 & # 39; They have been criticizing a reform they must deal with since the beginning of their journey. The principles on which the discussed text is based, for example, were approved by European heads of state Conte. including Salvini and Di Maio in December 2018, details were approved by the Eurozone economy ministers in June 2019 (again with Salvini and Di Maio allies).

The final approval of the text is still missing from the meeting of the heads of government in December, followed by the approval of the Italian Parliament. Therefore, it is not clear why the debate arose at the moment. The path to MES reform has not seen any acceleration in the last few days and the new government has not been seen trying to hide anything from Parliament: Almost two weeks before Salvini began to argue since November 7, Economy Minister Gualtieri said that asked to be heard by Finance commissions to explain its development. Gualtieri reminds that the reform must be approved by a vote in the Italian Parliament next year, where everyone will have the opportunity to voice their possible doubts.

But the other element that is ambiguous is precisely what Salvini and Di Maio are facing with this reform. In fact, neither of them made any critical criticism, nor did Giorgia Meloni, the leader of the Italian Brotherhood, whose reform defined a way to create a "super Troika" to rule the European states. Other opposition figures said the new ESM would put an end to the "sovereignty" of our country, but even here it is not clear how this goal can be achieved.

The real problem is that the reform of MES is very important, but at the same time quite complex, and is not easy to understand and explain for non-experts. The first thing to know is that MES is the main instrument during the crisis in which the Eurozone equips itself to face the sovereign debt crisis, that is, when a state can no longer afford to pay itself; Debts, considering that it is not possible to finance debt in our current economic architecture by inflation, that is, by printing money.

Simply put, MES is a structure that states give money (hundreds of hundreds of billion euros) and can use this money to provide assistance to troubled states. If the situation is so serious that the resources of the ESM are insufficient, the ESM may include the European Central Bank; In exchange for a reform program agreed with the ESM, it can implement unlimited debt financing instruments (the famous "OMT").

As a complex agreement between many states, it is inevitable that not everyone will like it. Silvia Merler, Chief of Research at the Algebris Fund, Wrote on Twitter For example, the PCCL / ECCL reform is positive for Italy (in essence, it allows the struggling states to seek help without having to deal with dragon reform plans, but to provide only a letter of intent).

Italian Central Bank Governor Ignazio Visco said it would be more worrying instead. lavoce.infoThe decision to introduce "one-legged CACs" to all government bonds issued starting from 2022 (which means that it would be easier to damage government purchasers because they had to buy bonds), which was Greek in 2011. Could lead to higher demand for yields to purchase public securities of countries perceived at risk, such as Italy. For those interested, the Bruegel study center has released a comprehensive guide to these new tools.

In any case, it is not the means that will lead to significant “losses İtalyan of Italian sovereignty, but rather a number of specific technical changes that are the result of long negotiations and will inevitably have different effects on different countries. Therefore, the discussion of these days looks like an opportunistic and purely political system, just like the polemics against aykırı anti-banking bank banking, which all political forces criticized for introducing a few months ago.