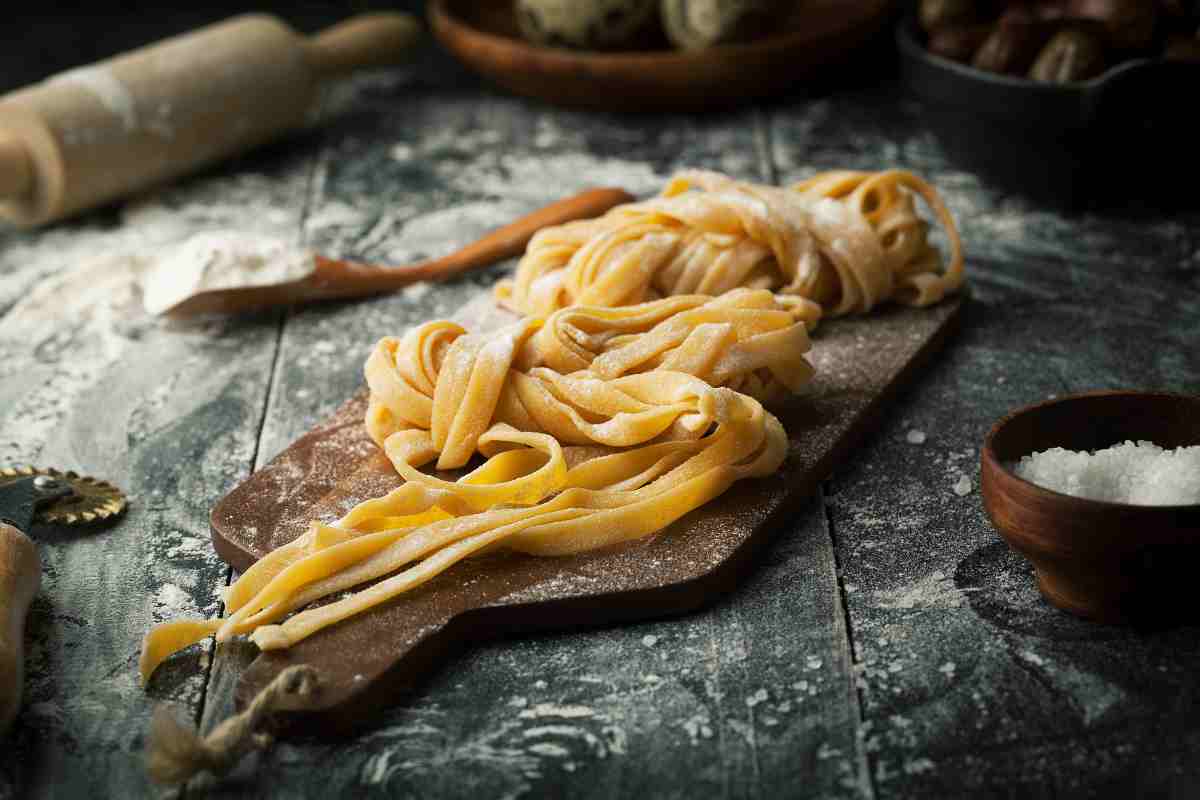 Preferring a market brand pasta does not always mean a decrease in quality. Indeed, there is a world hidden behind the packaging.

Conad, Lidl, Coop, Esselunga… Names that we tend to associate with well-known supermarket chains by word of mouth, but also with their products. Dairy, fish, meat etc. especially pasta. Packages bearing the supermarket branding where they are sold but obviously cannot be produced on their own. Yet these are often pastas bought partly for convenience (given their low price) and partly out of habit. But without knowing which pasta factories are hiding behind this if we were extremely meticulous.

It is never said that a trademark is a guarantee of low quality. On the contrary. Often times, the labs that make pasta for discount stores are the same labs that also make it for the biggest brands. Sometimes, craft companies can be and therefore less well known. So it’s more than a simple curiosity to explain a little about it.

Pastas bought at a discount: here are the main manufacturing companies

According to the website Greenme.it, there are a number of pasta factories that serve some large supermarket chains, including discount stores and major retailers. The criterion is to provide savings as well as quality. Clearly, not everyone pays attention to the back when shopping from packages. If you look at the Conad brand for example, the baseline is produced by the La Molisana pasta factory, while the “Verso Natura Bio” is produced by Ghigi. As for “Sapori e Dintorni”, the task is Garofalo, Casa Milo and Gragnano Igp are dealing with the Apulian format. Lidl relies on Cellino Brothers for its Combino brand.

ALSO READ >>> The nightmare of toxic products continues: Beware of this pasta that has been taken off the shelves

Ghigi is also tasked with the production of the Carrefour baseline. besides Coop. Carrefour supermarkets prefer Casa Milo for the Puglia variety, while supermarkets in Naples entrust Arte e Pasta di Boscoreale. Coop chooses Iris Bio Astra and Fior Fiore from Liguori for the Viviverde series. Eurospin relies on the Ferrara pasta factory for the basic line under the Tre Mulini brand, while the Risparmio line is under the Cellino brand. Pam chose the De Matteis group for the series, while the basic group was produced by Colussi. Bio Natura is entrusted to Rummo and Sapere di Sapori Gragnano IGP to Alfeltra. In the end, Esselunga Bio is a creature of Granoro, Esselunga, while the mouse Produced by Esselunga itself.

2022 World Cup Qualifiers – Switzerland wins and moves to -3 from Italy, good luck for Serbia and England too