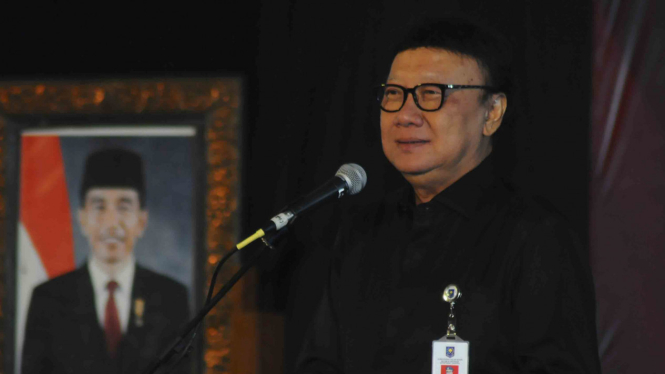 VIVA – Interior Minister Tjahjo Kumolo said there are currently 395,454 community organizations registered. He wanted the existing mass organizations to examine the various challenges and threats facing the Indonesian people in the future.

"Organizations must encourage them to identify who they are. Who is your opponent. Individuals, groups, groups, groups that want to disrupt the Republic of Indonesia do not want to divide the national unity. Ormas Award in the National Coordination Forum and in Jakarta on Tuesday, November 6, 2018 in Jakarta in the Gambir region.

The former secretary-general of PDIP announced that there are four challenges that must be met by all elements of the nation, including mass organizations. First, radicalism and terrorism.

The second challenge is the threat of drug trafficking. U Many of them were dying of drugs, some were breathing, and they used rubber to use heavy methamphetamine. That's the problem we're facing right now. Şu

The third challenge is the question of social inequality and corruption. He asked all the parties, including the mass organizations, to check this issue.

According to him, this is a serious problem for the heads of the region. "The problem is for stakeholders, policy makers. Make sure all organizations pay attention to the future challenges of the nation," he said.

Finally, according to Tjahjo, it is still high to invite mass organizations to monitor social inequality; For example, pregnant women still have high mortality, malaria, poor diet and poor sanitation.