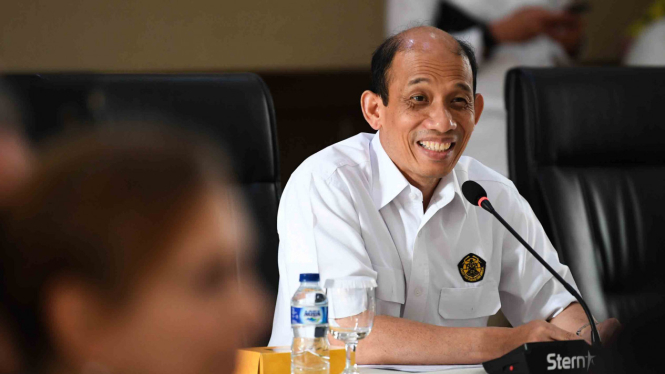 VIVA – In 2018, the Ministry of Energy and Mineral Resources (ESDM) officially opens the auction for the third stage of conventional oil and gas blocks. There are four times more auction tenders at this stage.

"This year's conventional oil and gas WK auction was held twice, the first four blocks sold, two blocks in the second phase. The third stage will be 4 WKs from the auction," says Arcandra ESDM at the office, Monday night, November 5, 2018.

These four blocks continued to be auctioned by joint works or direct proposals. The profit sharing contract used is the contract. Gross Split,

"All blocks currently in auction are in use Gross Split"said.

He explained, opened with auction program access offer certificate From November 5 to December 17, 2018. Submission of participation documents by December 19, 2018 at the latest.

"Bidders who have purchased offer document Data packet access (oil and gas blocks) can be made free of charge. After the auction participant has been determined to be the auction winner, the data package fee will be a necessity. Açık

Especially for the Maratua block, Arcandra announced that the direct proposal was set to PT Pertamina. "The offer was made directly by Pertamina, and in accordance with the 35/2008 WK Ministry Decision, especially the participation in Pertamina did not open for other participants," he said.

III in 2018. Auction data for conventional oil and gas blocks are as follows: