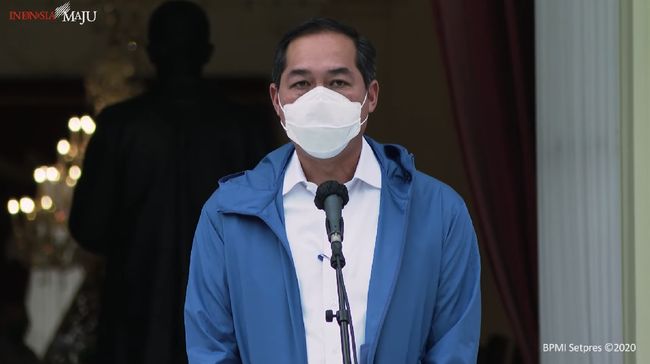 According to the OECD, when Lutfi’s bonus demographics are exhausted and Indonesia fails to develop it, Indonesia will be stuck in a middle income trap.

Therefore, Indonesia needs strong new economic players to become a developed country in 2045, according to Lütfi.

“We need strong new economic players to be developed countries. Investments in infrastructure and technology experts, it is easy to say but difficult to implement,” he said.

In the presentation material, it is explained that the government has three scenarios for becoming a developed country. These scenarios are basic, high and very high scenarios.

In the baseline scenario, economic growth should be able to grow 5.1% per year and per capita income should reach $ 19,794. Thus, the Indonesian economy is expected to rise to 7th place globally.

In the high scenario, the economy is targeted to grow 5.7% per year with a per capita income of US $ 23,199, and Indonesia ranks 5th in the world.

On the other hand, in the very high scenario, it is aimed that the economic growth will grow 6.4% per year and the per capita income will be 28,934 USD. Indonesia is expected to rank 4th in the world’s largest economy.

In exports, it is expected that the growth will reach 7.9% and its share in the Gross Domestic Product (GDP) will reach 54%.

“Our current production is not that bad, but to have a high 6.4% economy, we need to increase our production share to 32% of GDP,” Lütfi said. Said.

Lütfi said, “My estimate is 8% for exports. So we have to do a lot of things, then we should start.”