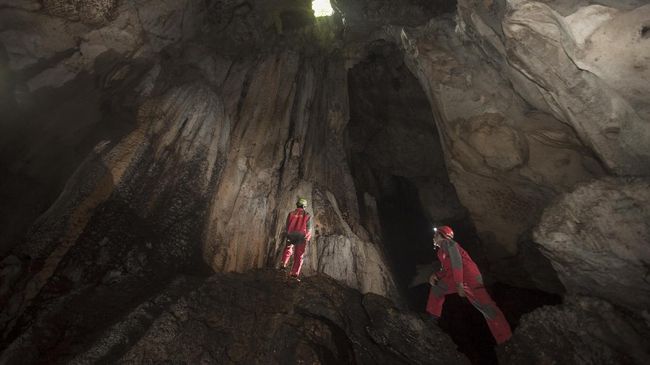 One student was reported dead. Three people were declared safer.

"Three people survived. The survivors were taken to a safer place for immediate treatment," said the Bandung Search and Assistance Office (SAR) on Sunday (11/18) of Joshua Banjarnahor.

One death was named Aminudine (18). The three surviving persons were Ade Marjanudin (25), Deni Ramdani (21), Rodiaman (18). All survivors and deaths were later evacuated to the Bantarkalong Health Center.

Based on the information gathered, four people are members of the nature lovers (Mapala) Garut Technology College (STTG). They now descended from the cave, conducting activities under the guidance of the Nature Lovers Student Activity Unit (UKM).

The chief of the Bantarkalong Police Commissioner Iteng said the accident occurred because the rope used to support the victim's body was cut off.

Right now, the survivors are still in shock. "To who [meminta keterangan soal] chronologically, we expect the victim to calm down first. ”The general evacuation ended at half past nine tonight, er he said.

Earlier on March 14, Bandung's SAR received a report on four of the Batu Badak Caves from SARik at the 14:00 on Sunday afternoon.