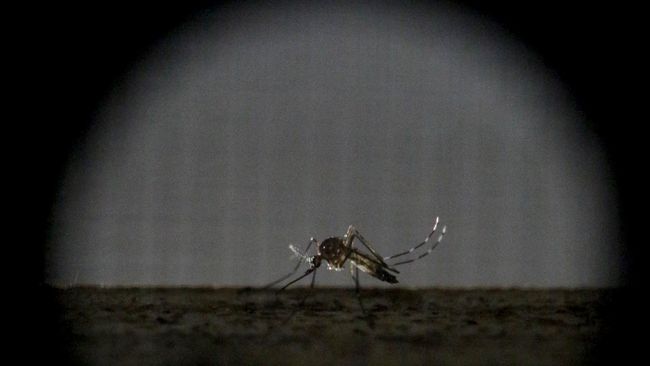 Jakarta, CNN Indonesia – The spread of Japanese encephalitis cases on the island of Bali has recently spread. However, RI Health Minister Nila Moeloek announced that he would check the news.

By quoting from various sources, the disease causing virus is included in the flavivirus group.

The vector of the spread and transmission of the disease via Culex mosquitoes (especially Culex tritaeniorhynchus), pigs, wild birds or paddy fields and fields. These mosquitoes are usually more active at night, especially during rainy seasons.

Not only in Bali, but the incidence of brain inflammation, there are many paddy fields and pig farms associated with it.

According to data from the Indonesian Ministry of Health in 2016, 326 cases of Japanese encephalitis were reported. Most cases were in Bali at 226 (69.3 percent).

"Indonesia is one of the regions that have become a migratory route for wild birds. For example, in the research of Rikhus Vektora (2016), the Ministry of Health Research and Development found 22 confirmed bat species (Japanese enchepalitis) in various regions of Indonesia." During the Ministerial Meeting of the 5th Global Health Safety Agenda (GHSA) in Nusa Dua Bali, the Ministry of Health announced the Secretary General on Disease Prevention and Control (5/11).

We have to guess that because we know that there are some people who consume wild birds and bats for various reasons. "

People themselves can be infected with viruses because this disease is a zoonotic disease (derived from animals).

Infection of inflammatory brain disease is transmitted from mosquitoes to humans with Culex mosquitoes. This mosquito is antrosoophilic.

These mosquitoes absorb not only the blood of animals, but also humans. The transmission of the virus is transmitted there. Only these people are not the source of the spread of this Japanese encephalitis virus. Because, people are the biggest host for the virus (dead end host).

A mosquito bite that is infected with this disease will cause symptoms of the disease. Symptoms of encephalitis will occur after 4-14 days after a period of mosquito bite.

In addition, symptoms are accompanied by gradual changes in speech, gait, involuntary movements in the limbs, or other motor dysfunction.

One person with about 200 Japanese encephalitis has severe symptoms of brain inflammation (encephalitis) such as neck stiffness, disorientation, coma, contraction, stroke and high fever.

Initial symptoms in children are usually fever, irritability, vomiting, diarrhea and seizures. 75 per cent of children have seizures.

In general, it is difficult to recognize this disease directly. Because the disease is similar to flu symptoms.