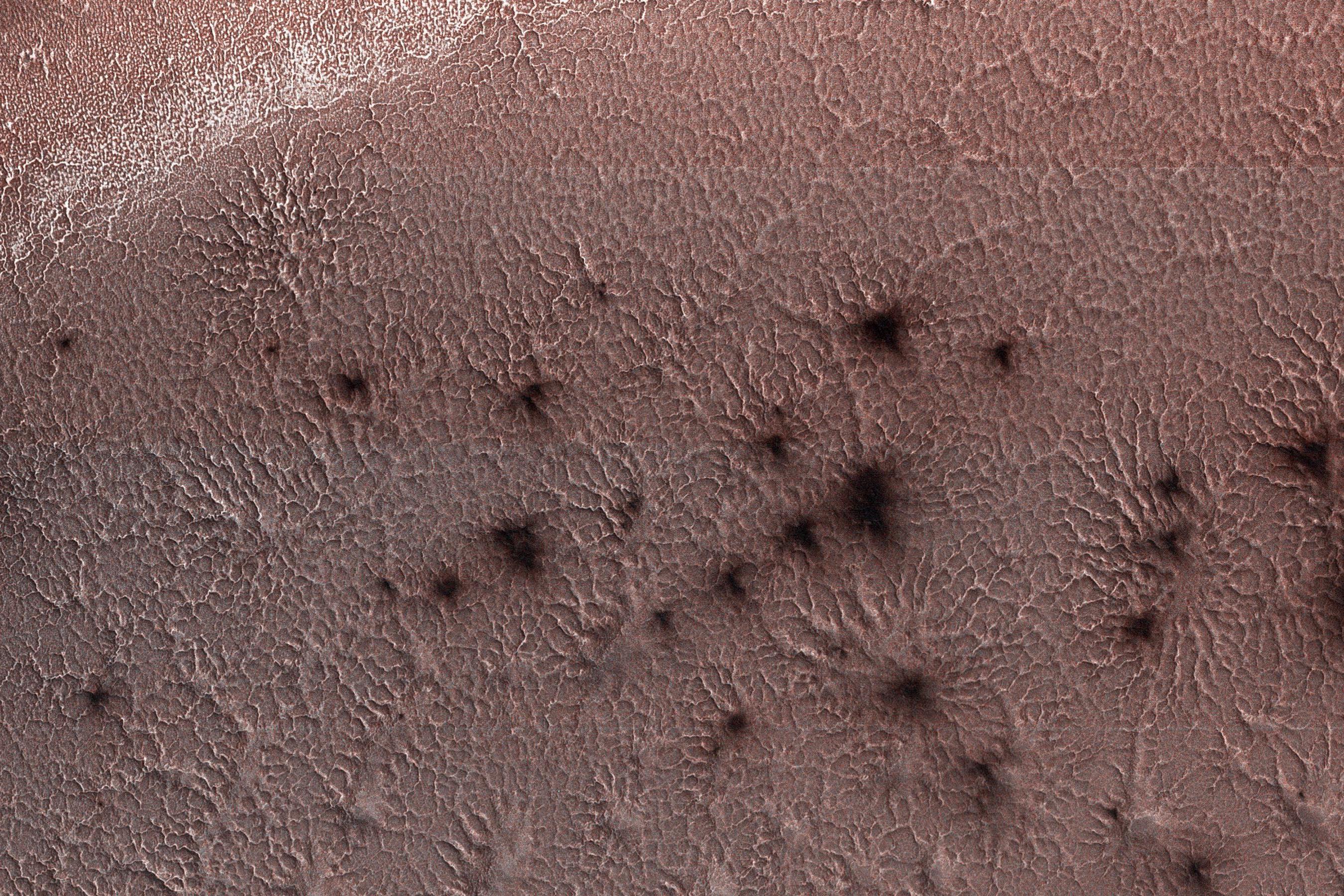 Strange, spider-like black spots were photographed on Mars by a NASA spacecraft. Researchers have now experimentally reproduced the formation of the formations.

The image was taken by a spacecraft called the Mars Reconnaissance Orbiter on May 13, 2018. There seem to be big, nightmare black spiders in the shot, but we’re actually talking about a simple natural phenomenon, not the weird Martians.

According to a theory established in 2018, spider-like soil patterns form when the underground frozen carbon dioxide heats up under the influence of the sun and begins to evaporate. It is an active seasonal process that cannot be observed on earth. Like the well-known dry ice, frozen carbon dioxide on Mars sublimates under the influence of heat (i.e. immediately from solid to gas). However, this gas does not enter the atmosphere but is trapped below the surface.

The pressure of the accumulated gas will crack the ice over time and eventually explode below the surface into the atmosphere. Meanwhile, it carries with it a black material, some of which is left at the site of the explosion, some of which is carried further by the wind.

The above hypothesis has been proven in practice thanks to the collaboration of Trinity College Dublin, Durham University in England and the Open University in the UK.

The researchers reproduced the conditions on the red planet in a special laboratory, the Open University Mars Simulation Room.

As a first step, holes were drilled in carbon dioxide ice blocks and then suspended on a granular sheet. The room pressure was adjusted to match the pressure of the Martian atmosphere.

When the blocks were deposited on the warmer sand layer, gas formation immediately began on the affected surface and the material flew off everywhere.

By removing the ice again, the spider-like pattern became clearly visible on the surface.

With the experiment, researchers were able to prove the theory that explains the formation of Mars spiders.