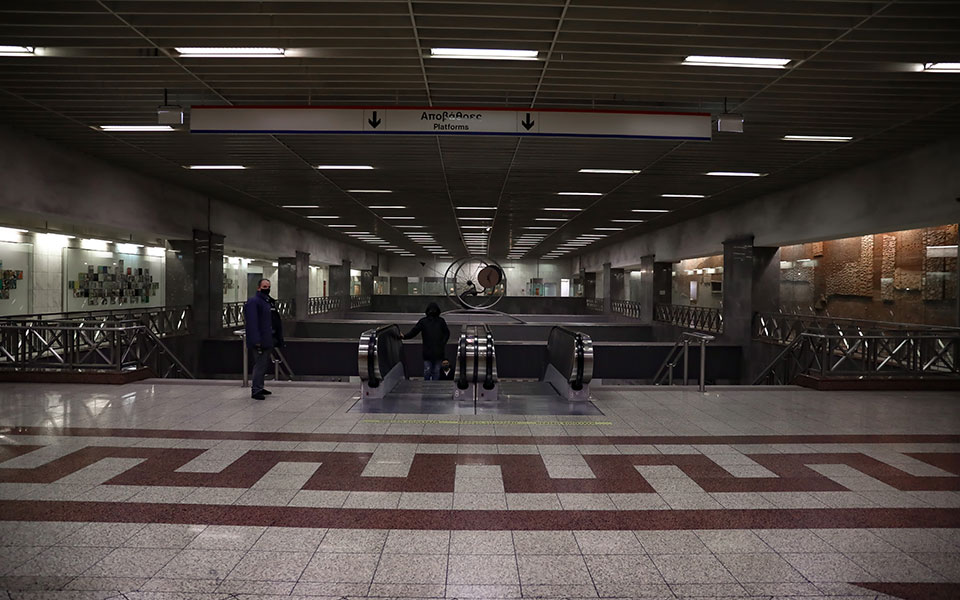 According to the information these are brothers, 15 and 17 years old, against whom a lawsuit was filed.

The two brothers were not marked and had not been arrested in the past. They are expected to be taken to the Juvenile Prosecutor’s Office tomorrow Saturday.

Involved in the case Special protection of the DIAS team, He was arrested on fostering and abuse of office charges.

He told the Greek Police that the alleged perpetrators knew his family and contacted him. mother to ask for help.

THE 52-year-old station chief He was searched Friday night and went to GADA and identified the perpetrators.

Until yesterday, the Security Police managed to establish the movements and course of the perpetrators from the moment they entered the Metro network to the exit. looking for a frame in which their faces are visible.

It is remembered that the two perpetrators first insulted the station chief who invited them to wear masks on the train, and when he got off the wagon in Omonia, they brutally beat him and followed him.

The two children initially took a train in the direction of Omonia at Agios Antonios station in Peristeri.

Respectively, the 52-year-old station chief took the train from “Anthoupoli” station. Before the train arrived in Omonia, the unfortunate employee drew attention to the two young men for initially raising their legs in opposite seats, and then asked them to wear masks. They reacted by cursing and spitting at him.

They followed him when he got off the train at 52-year-old Omonia. According to his statement to the police, he initially received a blow to the back of his head and as a result fell to the ground.

Later, the two young men started kicking the unfortunate man as in the video that saw the light of day.

The impressive thing about the case is that the two teenagers did not leave the station after the beating. They changed the dock and continued the route uneasily with the last landing station at Monastiraki.

The 52-year-old defendant described the perpetrators as young people aged 17-25, who spoke good Greek, in his statement.

During the incident, one allegedly called the other to stop hitting the station chief, saying “let’s go, bro.”

While the Minister of Justice Kon fulfills his duties, heavier penalties for violence against citizens have been announced. Tsiaras shocked the public after a subway station chief was brutally beaten.

The Minister of Justice has already addressed to Professor Lambros Margaritis, head of the Scientific Committee, who aims to follow the problematic provisions of the new Criminal Code and wants to consider the possibility of tightening the legal framework. Read in detail