Both sides accused of war crimes in conflict in Ethiopia 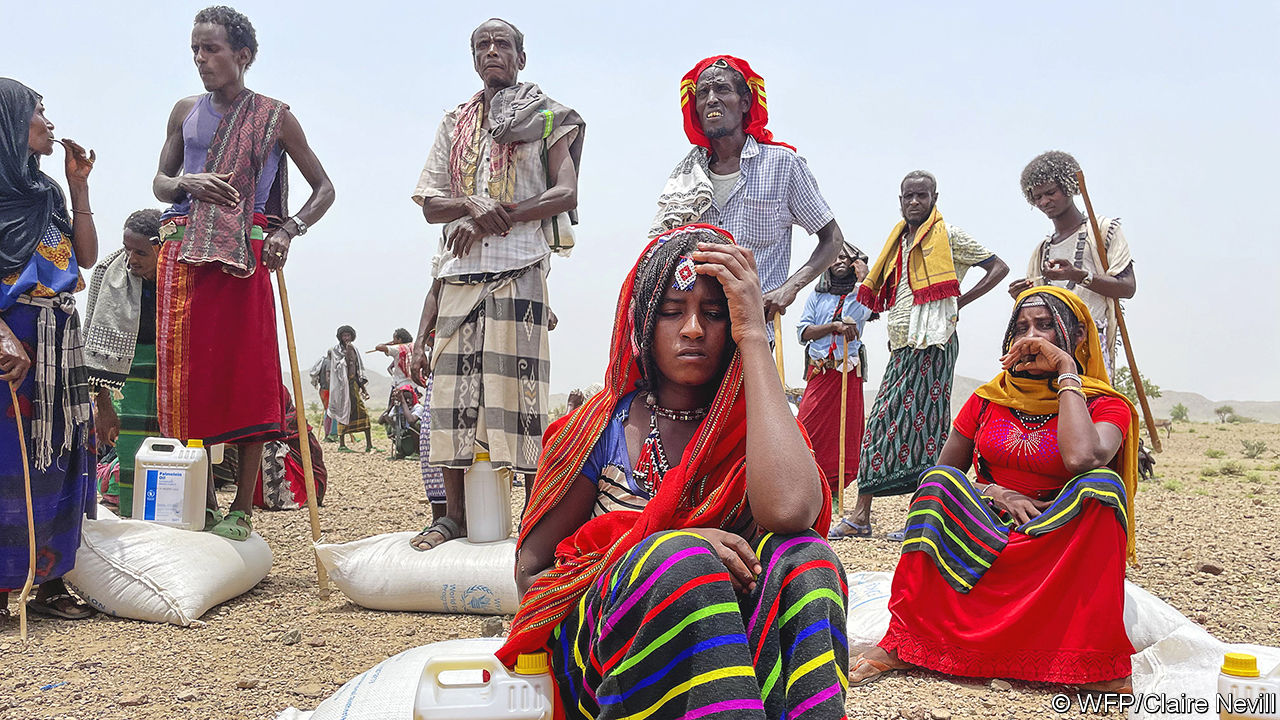 ANDyellow daisies Like the poppies in Flanders, it blooms among rotting bodies in the fields. Only a few glimpses remain of their previous lives: a mud-stained scarf; a torn piece of uniform; the finger of a plastic boat that pierces the dirt. Some are buried under stones and leaves. Others were left to lie in the open, their limbs ravaged by dogs, their trunks blackened and swollen from the rain.

Not much is known with certainty about what happened in the first days of September in Chenna, a village in northern Ethiopia’s Amhara region. There was definitely a war, a terrible war, because the evidence of it is everywhere – in the looted houses, the slaughtered cows, the shell casings and the shells. During a recent visit, your correspondent could hear artillery in the distance.

Locals buried at least 56 bodies: they say civilians were killed by Tigrai rebels. Authorities further increased the number to 200. Baze Kisade, a farmer, says he came home and found his two brothers dead, shot in the head, with their hands tied behind their backs. Priest Agera Tareke says that Tigrayan warriors broke into his house and killed his father before his eyes. The leader of Chenna village counts a family of six among the dead.

It remains unclear whether it was a cold-blooded massacre. Undoubtedly, civilians died in the week-long war between the Tigrayan People’s Liberation Front (TPLF) and government forces backed by Amhara militias. Tigrayan warriors fought from people’s homes and were bombarded by the army from the top of a nearby mountain. It seems likely that the rebels shot innocent civilians while being driven back. However, many villagers, as well as residents and students from nearby towns, joined the war. Some would take up arms, some would take care of the wounded or bring water for the soldiers. The blurred line between civilian and combatant makes it difficult to know the true extent of any war crime.

Undoubtedly, the advance of Tigrayan rebels into neighboring areas since July has inflicted great suffering on civilians. In Kobo, a town in eastern Amhara, dozens, if not hundreds, of people were killed in early September. As in Chenna, many – but not all – were likely armed militias or farmers. Elsewhere, Tigrayan soldiers are reported to be shelling villages and looting clinics.

TPLF leaders justify their attacks by arguing that they should force prime minister Abiy Ahmed to the negotiating table. But some talk about revenge. The war wreaked havoc in Tigray; towns were looted, civilians were massacred, and women were gang-raped. Now the area is under siege and starving (see map). Yet in Amhara, too, the natives describe a battle for survival. “NS TPLF Militia leader Solomon Alebachew will destroy Amhara and Ethiopia,” he says. “I will fight to the last drop of blood.”

This article was published in the Middle East and Africa section of the print edition under the heading “Bodies in the Fields”.