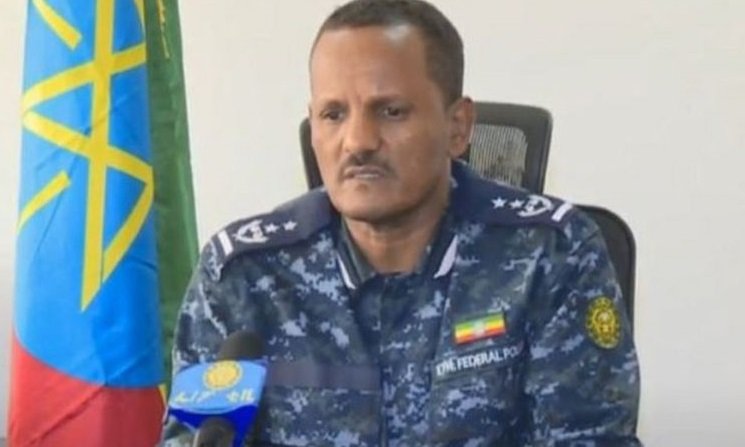 For more than a week, there have been rumors that the Amhara district police commissioner Abere Adamu has been dismissed. The district administration did not explain this.

A report published Wednesday in the BBC’s Amhariç report reported that Federal Police Deputy Commissioner Tekola Ayfokru has been given a new role as police commissioner for the Amhara district. According to the source, he took over as of April 27, 2021.

The source added that Mr. Tekola confirmed that he was “appointed” in the Amhara region of Ethiopia. However, the regional state did not explain this in this article.

He is said to have served in the Federal police for nearly three years. Prior to that, he served as Kombolcha city police chief in the state of Amahra district. According to a BBC report, he also served as head of the Ambassel District and the North Shoa’s police department.

In terms of his educational background, he is said to have received a master’s degree in peace and security from an unspecified university.

It is unknown why Abere Adamu was killed as Amhara district police commissioner. However, the information shared on social media was leaked.

This has to do with the Amhara massacre in the North Shoa and South Wollo – it is said that it took hundreds of lives while displacing more than 500,000 people.

Apparently, an administrative evaluation was made after the massacre.

BBC Amharic reported that Agenehu Teshager said “we are not saying there should be no attack”. When do we say, where were we? What were we doing? What was the area’s security and intelligence apparatus doing when all this happened? ”

It is the search for answers to these questions that leads to the evaluation of the security structure in the region.

Tekola Ayfokru’s priority, if the appointment is correct, is expected to remedy the weaknesses of the structure that exposed the residents of North Shoa and South Wollo for days due to the organized attack by armed groups said to be the Oromo Liberation Front -Shane.

The head of the Amhara district, Agegnehu Teshager, confirmed that the forces that initiated the attack in the aforementioned areas were well trained and well armed. The regional government also linked the attackers to the Oromo Liberation Front -Shane group.

The Federal government, which sent defense forces to the region after the incident, has not yet offered a full explanation to the public about the extent of the damage.