Will oil prices rise after falling to $ 15 in less than a month? 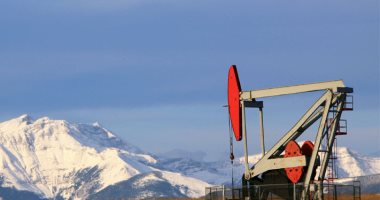 The drop in oil prices is more than $ 16 per barrel for Brent Brent, but at the beginning of last October, a barrel of around $ 86, the highest level since the middle of 2014, today is $ 72 a barrel per barrel. rose. Which breaks a barrier barrier of at least $ 80, from which basis do these expectations come from?

According to the US group Citigroup, oil prices may rise to $ 80 per barrel in the remaining weeks of this year, for reasons related to oil refineries and geopolitical concerns.

Citigroup recently said that oil prices will be due to strong demand from refineries in November and December. This period, America and the European Union, Japan and China in the winter to meet the demand for warming up before the winter season, he said. Energy consumption and its impact on oil prices.

The report, on average, was $ 80 per barrel at a reasonable price in the fourth quarter of this year, but in the Arab region or Venezuela. in the case of geopolitical turmoil in the main production areas of 90 barrels or $ 100, or a US embargo on the US oil embargo on the US & # 39; It is not possible to tighten the embargo. Iranian oil more than currently.

OPEC and its allies can turn to the front

Russian news agency Tass stated that Russia and Saudi Arabia have started bilateral negotiations on possible cuts, and indicated that oil prices might rise in the coming period as OPEC and its allies expect a return to the implementation of future oil production cuts. For oil production in 2019.

Including Russia, OPEC and its allies have decided to ease production restrictions in force since June 2017, after pressure from US President Donald Trump to reduce oil prices and to compensate Iran's supply shortages..

Iranian exports are expected to fall due to new US sanctions, but oil prices are under pressure from rising supply. The market has also led to excessive supply expectations and a slowdown in demand in 2019.

US oil production is three times higher than in 10 years ago, and has increased by 22.2 percent since the beginning of the year, US oil production records record in the week ending November 2, according to data released by the US Energy Production Administration on Wednesday. It reached 11.6 million barrels. . Thus, the US is becoming the world's largest crude oil producer.

More US oil is likely to be pumping. Energy Information Administration expects production to exceed 12 million bpd by mid-2019 due to high oil production.

The increase in production increases concerns not only for the United States, but also for many other countries, including Russia, Saudi Arabia, Iraq and Brazil, about the return of excess supply, which has squeezed oil prices between 2014 and 2017.