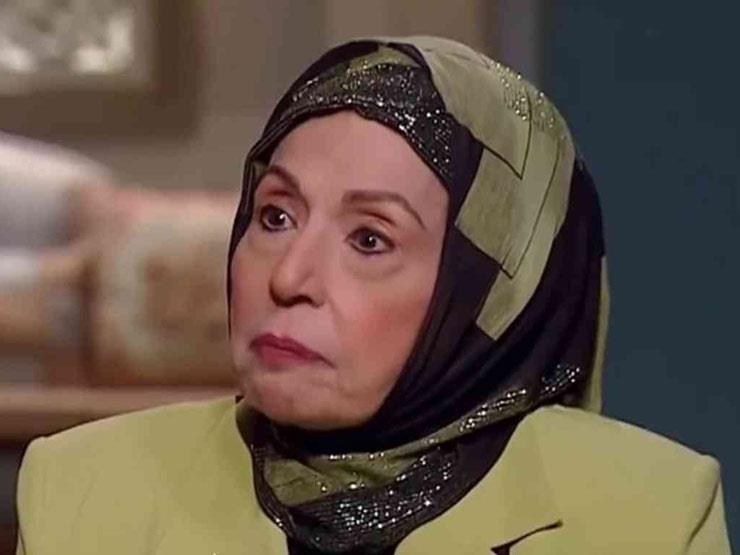 The great artist, who has been away from the work for a while, stated that he was happy to host him in the program, and also talked about his journey with the art world.

Masrawy brings you the most important information about the artist Amal İbrahim:

_ He was working in the administrative affairs of Egyptian television and accidentally got into acting.

_ Among his most important works in cinema: “Paper hero, kracon on the street, peace buddy, dinner date, Kit Kat, an Israeli girl, an Indian movie.”

_ On television, he presented: “Scrooge and Me, The Wanis Diaries, Tears in Rough Eyes, Adam’s Children, The Conscience of Sister Hikmat, The Hajj Metwally Family, Raya and Sakina” and other works.

_ Years ago, she wore a hijab and turned down many hijab-appropriate roles.

_ He said that his son Mohammed Farghal works as a weather presenter and invites him to perform Hajj and Umrah rituals every year.

_ Her last work was the movie “The Princess” starring Ola Ghanem in 2013.

_ He stated that he entered a mental hospital to take part in the movie “Days of Anger” and one of the patients beat him there.

_ Regarding weight loss, she said she had been malnourished and fasted year-round, which had affected her weight.

_ Last year, the star appeared at the 50-year celebration of the arts after Mohamed Sobhi honored him among the stars who have influenced his artistic career.