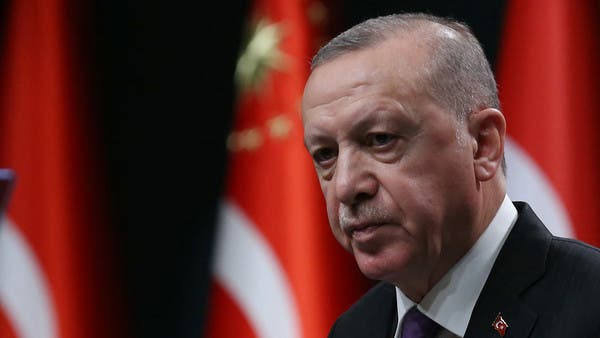 103 A state of tension between the Turkish presidency and the government of “justice and development”, which was issued by the retired Admiral officer of the Turkish Navy and warned against the violation of the 1936 international “Montreux” agreement on navigation in the Turkish straits.

The signatories expressed their objections to the “Istanbul Canal” project, which President Recep Tayyip Erdogan was excited about, their attempts to introduce a new constitution to the country, and their decision to withdraw from the Council of Europe Convention. The Protection of Women was signed in 2011 and urged the military to uphold the values ​​of the constitution.

Anger in the circles of the Erdogan government

Yesterday, the capital Ankara Public Prosecutor’s Office launched an investigation into the statement published late Saturday night. And in his statement, he said that those who signed the statement and the people behind its preparation and publication will be investigated. The statement sparked outrage among the Erdogan government and raised concerns about the possibility of the return of military intervention in political events or the possibility of the country witnessing a new coup attempt that faced strong opposition to Erdogan’s rule. The presidential system that gave it almost absolute powers in 2018.

Retired civil servants, government concerning traffic in the Black Sea “Montreux” warns violate the agreement, the “Montreux Convention of both Channel Istanbul as well as worrying is opened to discussion under international agreements. Montreux Convention, Turkey’s rights preserved in the best way and in Turkey II. It must maintain its commitment to the Montreux Treaty, which enabled it to play a neutral role in World War II.

Basic values ​​of the constitution

“The Turkish army needs to carefully protect the fundamental values ​​of the constitution that cannot be changed and cannot be recommended to change,” the statement said. Turkish naval forces away from these values, and we condemn the founder of modern Turkey, Mustafa Kemal Ataturk, the republic … contemporary trail drawn by the Navy needs to train elements of leadership. We have a glorious past that emerged from the bosom of the Turkish nation in line with the principles of the Ataturk Revolution, the protector of the country and the blue … We are with Turkish sailors who have been working for a long time, working sincerely in the field of internal security and outside the borders in every corner of our country, with heart to protect our rights. are the people who work with the head. “

The “Montreux” agreement, which entered into force in 1936 to regulate the movement of ships from the Turkish Straits to the Black Sea and the duration of their stay here, also includes the ships of neighboring countries, namely Ukraine. Russia, Georgia, Turkey and its neighboring countries with non Bulgaria and Romania. Retired admirals, especially in the Istanbul Strait (Bosphorus) complete the features of the Istanbul Canal project aimed at reducing traffic violation of an agreement with Turkey has warned the President. At a time when experts believe the main purpose of the canal is to exceed the Montreux Agreement, which limits the number and tonnage of ships that can enter the Bosphorus from countries without borders into the Black Sea, it threatens the retirement deal. officers, the founder of modern Turkey, Mustafa Kemal Ataturk won a “historic military victory,” he considers.

And they thought that the discussions and decision-making corridors in the media came in the light of the implementation of the “Istanbul Canal” project, which aimed to offer a cruise alternative to the Bosphorus, which connects the Black Sea with the Black Sea. Marmara, Turkey’s Erdogan regarding the cessation of violence against women at a time when decided to pull from another international agreement “Istanbul Agreement” a reference. In the statement, it was emphasized that the Turkish Straits are among the most important waterways of the world, and “Montreux” emphasized that the country is the guarantor of the rights here in the best way.

In the statement, referring to the service movement of Fethullah Gülen, who was accused of planning the failed coup attempt on 15 July 2016, emphasizing that the armed forces, especially the navy, have been attacked by the “Gülen organization” in recent years and that “treacherous conspiracies”, the necessity of the lesson to be learned, ” It is to carefully protect its core values ​​that cannot be changed or recommended to be changed. “

The statement sparked outrage among the Erdogan government and raised concerns about the possibility of the return of military intervention in political events or the possibility of the country witnessing a new coup attempt that faced strong opposition to Erdogan’s rule. The presidential system that gave it almost absolute powers in 2018.
Fahrettin Altoun, Head of the Presidential Communication Department, said on his Twitter account, “Many retirees collided instantly with the release of a statement that immediately excited his fifth column. Take your seat, you’re talking about in the past stayed in the old Turkey, Turkey is a state of law, who are you and what right do you show your finger to the legitimate will of the people? Turkey is a state of law, forget it, tutelary powers will harm democracy, “he said.

The country’s struggle with enemies

In contrast, the Grand National Assembly of Turkey President Mustafa Shantub on Twitter said: “Some never do not take place in the fight against the enemy in the country’s interior and exterior retirees, they create their own agenda for the mediation of chaos. Hero people buried all revolutionaries in El-Turab on July 15, 2016 … Stating an opinion is different from calling for a coup and making statements.

The ruling Justice and Development Party deputy chairman Numan Freed, “Old Turkey fans and guardianship system, trying to give the public politics lesson with an alleged statement, but this oath ended … Know limits are and the people at the will of the people after paying the fee, state and Know that you are protecting their democracy. ».

Interior Minister Süleyman Soylu, on the other hand, said on Twitter, “The Turkish people love the military dress and see the honor, and after retirement, dignity increases even more, democracy, the state and the public are revealed, and everyone is revealed. whoever respects this is always remembered with thanks … What about the rest? “Head of the National Movement, Dawlat Bahceli, an ally of the ruling party, called for the withdrawal of the military ranks and prosecution statements of the signatories.

According to Environment Minister Murat Corum Turkey, Istanbul on March 27 announced that the Turkish government approved the development plans of the channel, and this led to a lot of criticism about the cost and impact on the environment. The Turkish opposition refuses to implement the Istanbul Water Channel project, which Erdoğan spoke about for the first time in 2011, and Akram İmamoğlu, a member of the opposition Republican People’s Party, Istanbul Metropolitan Mayor Akram İmamoğlu is among the harshest critics of the project afterwards. experts confirmed the hazardous effects on the environment in the city, organized a campaign for the cancellation of the project in the area of ​​about 16 million people. Erdogan is one of the biggest supporters of the excavation of the 45 km-long canal for nearly $ 20 billion, which he calls the “crazy channel” and announced that the government will oppose anyone who refuses to open the project to investment. Turkish and foreign investors in the lands on both sides of the canal.

It actually happened … Ratiba and Insaf Rushdie, the protagonist of the first Arab movie, discovered Mohammed Fawzi, and the police closed their theaters to protect public safety and lost his legacy because he was not filmed. Opinion