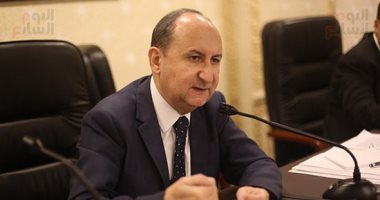 Trade and Industry Minister Müh. Amr Nassar confirmed the government's commitment to fully fulfill all the requirements of the partnership agreement between Egypt and the European Union. The treaty added that since the entry into force of the agreement in 2010, the EU has put in a special treatment to reduce tariffs on cars imported from the EU..

This was in the presence of the Minister of Trade and Industry, Amr Nassar, at a meeting of the Shoun Economic Committee in the House of Representatives, under the chairmanship of Engineer Ahmed Samir.

The Minister of Industry added that the components of the cars in Egypt are produced at acceptable prices, and the ministry is focusing on increasing production in this field, with the full implementation of customs duties on automobiles starting from its current years.

Today.. Badr Hajj graces 99% of the Arab world’s sky during the night

Announcing one of the best Android devices of the year

Emergency statement from health on corona injuries and deaths on Thursday