Governorate of Cairo: 225 salesmen in the Menhal market in Nasr City 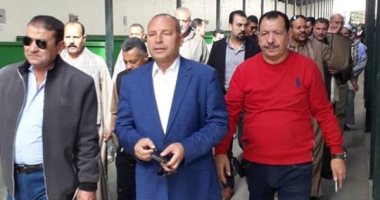 Ibrahim Saber, Deputy Governor of Cairo for the Eastern Region, said that after the market worked at LE 4.5 million, 225 street vendors settled in the Al-Manhal market in the eastern city of Nasr.

For the ti seventh day yık, the deputy governor of Cairo stated that the waste was eliminated in the area around the market and that after settling in the market, the sellers were demolished, after the cleanliness of the area and the completion of the lighting works and the restoration of the pavement.

Saber explained that the Al Manhal market is one of the typical markets on which the government is established to eliminate the problems of street vendors, as the state is equipped with all the services it uses to serve the vendors from water and electricity, indoor and outdoor cameras, mosques, outposts, toilets and cafeterias.

Find out when December salaries will be paid, depending on your position in the country.

Video: First reaction after the photo of artist Mohamed Abdel Halim was published on social media

A mysterious space object has passed near Earth, and scientists don’t know what it is!