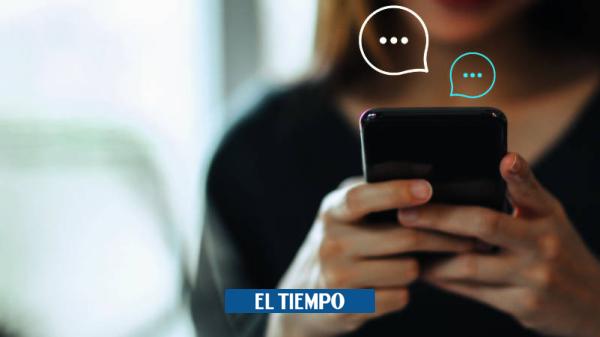 The mobile phone market is promising changes in the coming weeks with the official launch of Wom’s plans after Easter, which has become the fourth largest operator of this service in the country, along with Claro, Movistar and Tigo.

(You may be interested: Other occupational diseases that COVID leaves to workers).

Since the announcement of his arrival in the country last November, the operator has launched a strong advertising campaign that has harshly criticized its competitors. Wom says he wants to energize the industry at more competitive rates.

“We have high expectations in Colombia because it has one of the highest prices. There is no doubt that a competitive market has been created and prices will drop (…) three operators in a very comfortable position, ”said Chris Bannister, director of the company.

Wom reaches a market where the main three operators have the largest share in the market, Promises a strong fight to win the preference of users in Colombia.

(We also suggest: What can I do if I compare with a photo-multi camera?).

Three operators have now been in the country for almost two decades, the largest being Claro, operations as Comcel since the mid-90s and the smallest Tigo with its arrival in 2006.

Claro is the leader with 32 million mobile lines and 16.8 million internet access, according to the Ministry of ICT; Movistar follows with 15.7 million accounts and 7.3 million users in internet plans; in third place is Tigo with 11.5 million lines and 4.4 million data plans.

Main motivations for user complaints It is the billing errors with 10,263 complaints; problems with termination of the contract, 5,196; and contract modification with 2.063.

Colombians are demanding services in places they do not want. Before we work in the office and now we do this from home and this is a huge challenge for the network.

On the other hand, the cases filed against these companies before SIC between January 1, 2020 and January 31 reached 7,127. These are run by Claro and Movistar, which has to do with the fact that they are the operators with the largest number of users. According to the SIC, Claro received 3,890 cases; Movistar, 1841; ETB, 656; Tigo, 535. and Avantel, 193.

The main reason is the guarantee of the service, which represents 88.1 percent of claims. There is also the right to misleading information or advertisements at 7.6 percent, contractual protection at 3.6 percent, and withdrawal at 0.7 percent.

Samuel Hoyos, president of the Colombian Mobile Industry Association (Asomóvil), which brings Claro, Tigo and Movistar together, Last year, as demand increased due to the epidemic, it makes companies face the challenge of complying with the service.

“Colombians often ask for services where they do not; If we worked in the office before, now if we do it from home; This poses a significant challenge for the network, and despite the changes, we were able to guarantee the service delivery, ”notes Hoyos.

The Communications Regulatory Commission’s (CRC) most recent report on the quality of service reveals that none of the companies record a percentage of calls that are outside of the allowed range.

On average, In 2G networks, the drop percentage is 1.3 percent in capital cities and 0.44 percent in 3G, the maximum allowed in the regulation is 2 percent. In terms of unsuccessful calls, the figure is 0.62 percent for 2G technology and 0.36 percent for 3G.

In the most remote municipalities with less infrastructure for this service, the number of calls on 2G networks is 2.31 percent and 0.99 percent on 3G. In search attempts that failed, it was 1.69 percent for 2G and 0.76 percent for 3G. In this category, the maximum average set by the CRC is 5 percent.

This contrasts with the higher consumption of these services last year. Asomóvil ensures a 40 percent increase in traffic on mobile networks.

CRC data shows that the country increases its mobile internet data speed with averages of 3.34 megabits per second (Mbps) downloads.

Although this figure still leaves Colombia as one of the countries in the region with the lowest speed averages, it is far from Peru, according to Ookla’s 2020 Speedtest Awards, which recorded the best measurement in Latin America at 26.58 Mbps. Union has the best performance with 92.55 Mbps.

Depending on your income and assets, what reform will bring you.

Some keys if you are going to invest in real estate.