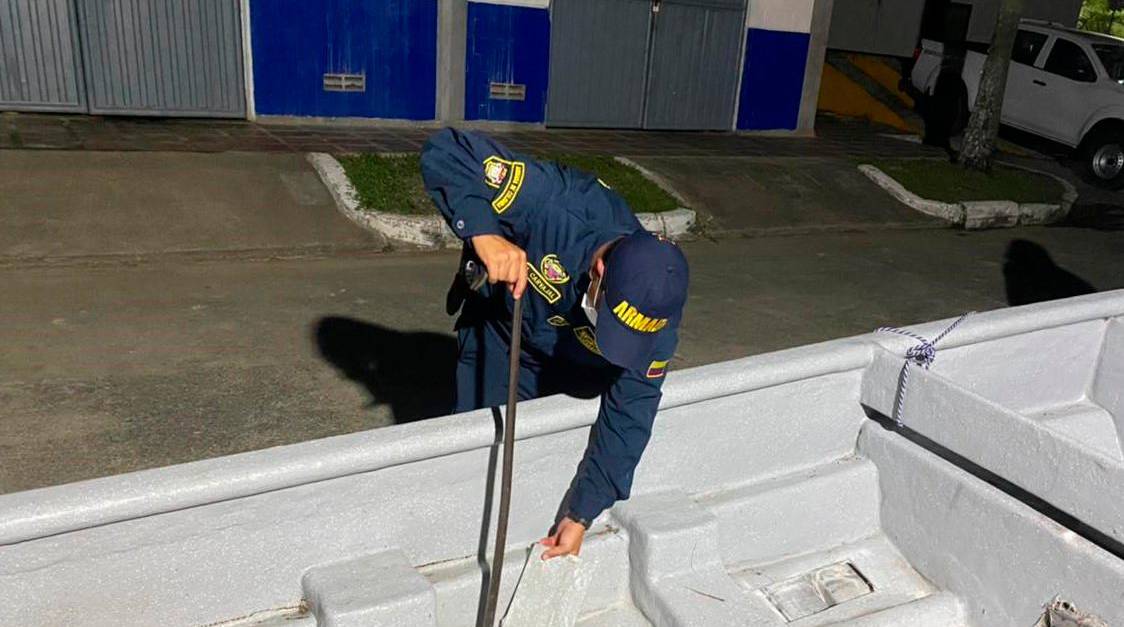 In just 10 days, the National Navy has dealt another blow to the Gulf Clan’s funding, by stopping a motorship where two subjects were carrying 285 kilograms of cocaine hydrochloride.

The procedure was carried out by units of the Urabá Coast Guard, which conducts maritime registration and control operations northwest of the municipalities of Sapzurro and Acandí in Chocó. His crew, after noticing the presence of Colombian Navy personnel, escaped until they ran aground off the coast of Cabo Tiburon. Then they passed through the forest area.

Uniformed officers showed that the boat had been modified to be stored in 336 rectangular packages transported to the Urabá Coast Guard Post dock, where it was detected by means of an alkaloid test. It contained 285 kilograms of cocaine hydrochloride.

This amount could reach the Gulf Clan to commercialize it, according to officials. 712,000 doses worth over $9 million in the international illicit market.

Ten days ago, five subjects were carrying 356 kilograms of cocaine hydrochloride and six kilograms of marijuana on two boats en route to Panama, while two more boats were stopped.

With these coups, the Colombian Navy seized more than 247 tons of cocaine hydrochloride, preventing criminal organizations from receiving more than $8,000 million.