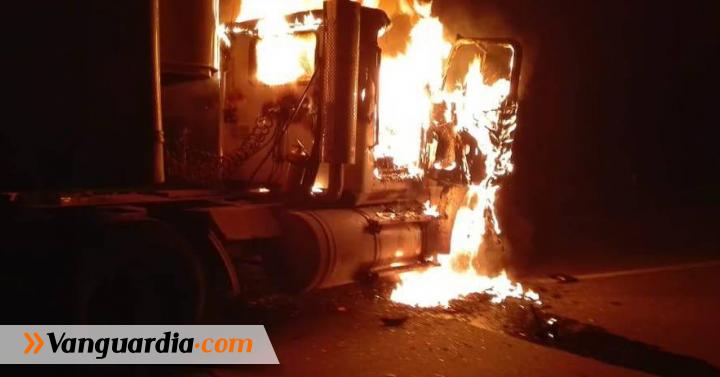 Early Friday morning and early morning hours, as a result of the attacks between Aguachica and Curumaní and Cesar, ticket sales from Santander to the coast began to decrease significantly.

However, the spokespersons of inter-departmental transport companies reported normality to provide services throughout this festival bridge.

Orlando Martínez Parra, the national deputy director of Copetran, said they had not had to cancel any trip to Vanguardia Liberal. On the other hand, drivers and even citizens are very much concerned about themselves, because it is a situation that changes the peace of everyone.

Martinez Parra, "the sale of tickets, especially to those who want to go to cities such as Northern Marta, Barranquilla, Cartagena and Valledupar, especially the North Coast has dropped by 30%, but we hope that this will return to normal soon," he said.

One of the copetran tools was painted with some graphite, exactly as with others, including an ambulance. Fortunately, he was able to reach the destination, but one passenger was injured in one leg with bullets and was sent to a health center.

Major Julián Rodríguez, head of the Department of Traffic and Transportation of the Santander Police Department, said the security of part of the region and Magdalena Medio was guaranteed.

"In the episode, we have three groups, including La Esperanza, Norte de Santander, San Alberto, Cesar. There are 25 men, there is also a group of Bucaramanga Metropolitan Police before reaching Rionegro. "said.

In this sense, the authorities have confirmed that there are surveillance devices on national roads, in this case, from Rionegro to the box office record, from El Playón to San Alberto, to El Playón. And there are two groups in Troncal del Magdalena Medio, also from Y de Lebrija to San Alberto.

The authorities' report shows that violent acts were committed through an illegal checkpoint and the activation of explosives. There was also a conflict that tried to control the situation when the security forces tried to reach one of the regions.

The first case was reported on the road connecting the village of La Vega to the municipality of Curumaní. When traveling, a public bus bus was attacked with firearms.

The second event was recorded between La Mata corregimientos and the Besotes in Ruta del Sol.

There, the destructors stopped a tractor truck from Cartagena to Bogotá, intersected and burned; The same thing happened on a bus with 32 passengers, the destination of which was Cúcuta, and once the passengers landed, they were burned.