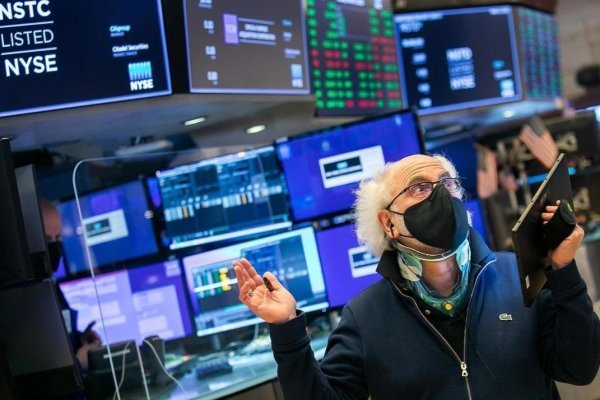 “We remain constructive with equities and are seeing the latest round of premature and exaggerated growth and slowdown fears,” JPMorgan said in a report.

Wall Street regained ground after a strong sell-off on Monday It led the Dow to record its worst session since October 28 last year. This is after investors feared the rapid increase in the number of people infected with Covid-19 in the northern hemisphere due to the circulation of the Delta variant.

Meanwhile, yesterday worries returned France and Spain imposed some sanitary restrictions, which suggested the spread of this variant. could undo the economic recovery scenario situation in some European economies.

The nuance is that, according to data from the United States health authority, the majority of those infected by Delta are concentrated in people who are not vaccinated or do not have a full vaccination schedule.

For this reason, they saw yesterday’s day in the market as an overreaction. JPMorgan noted in a report: “We continue to be constructive on equities and are seeing the latest premature and exaggerated fears of growth and slowdowns.”

Despite yesterday’s bad day on Wall Street, New York’s top three stock market indicators closed about 3% below their all-time highs, which may indicate a momentum in the market.

Compared to the release of results at the end of the second quarter, Swiss bank Julius Baer expects the US industrial sector to post record annual earnings growth of 350% in the second quarter. In the financial sector, a 4.4% increase in sales is predicted, while profits are expected to double.

Despite this auspicious scenario, Julius Baer remains cautious. “We’ve been neutralizing some of our growth biases lately. First, we cut our outlook for (boreal) US Treasury yields from 2% to 1.8% over the summer,” said Christian Gattiker, the firm’s director of research, stating that this is true in monetary policy.

in Chile, The country’s main stock market indicator, SP IPSA, rose 1.42% on the Santiago Stock Exchange, where it reached 4,292 points. In this context, the market continues to highlight the results of Sunday’s primary elections as a source.

BICE Inversiones said in a report: “The positive performance of the local stock market was mainly related to the perception that political risk was contained after the results of the election primaries.”

Banchile Inversiones reminded that before the primaries, SP IPSA recorded losses in the last day before the holiday, causing the index to drop 2.22% week on week. In this sense, the company, which is linked to the Luksic group and Citibank, was detailed in a report it sent to customers today. They forecast 7.6% growth for 2021 and an exchange rate of $746 as of December.

You may be interested: JPMorgan strategist details the Chilean actions that will benefit the most after the outcome of the primaries

This is the better macroeconomic scenario, “Further adaptation of activities to work with mobility restrictions, advancement of the vaccination process and stimulus measures that allow for a greater-than-expected progress in consumption. Added to this are recent changes to the Step-by-Step plan, which gives greater flexibility to the sectors most affected by the lockdown. “said.

Among the most prominent actions in the capital round are those linked to the financial sector: Banco Santander rose 5.8%, Bci 1.27%, Banco de Chile 0.72% and Itaú 0.62%.

Other prominent newspapers are Vapores, which rose by 10.82%; Enel Chile, which recorded an increase of 5.15%; AES Gener.

What about Europe and Asia?

The scenario that landed on Europe’s main stock markets was also a rebound in equities after the Old Continent had its worst day on Monday amid fears over the Delta variant of Covid-19 and its economic effects.

Despite this, confidence is returning to the European market, and in fact, BCA Research stated in a report: “We expect European growth to peak this summer, continuing to favor risky assets over a twelve-month horizon.”

The firm underlined that the UK is a good example: “Broad-based vaccines keep hospitalization rates low despite the sharp increase in Covid-19 infections. The market effect of the delta variant may eventually prove fleeting in advanced economies. “

In fact, Swiss bank UBS today beat market earnings expectations for the second quarter and reported a $2 billion profit. Shares of the firm rose more than 5.3% in Zurich.

While the concerns that the higher circulation of the Delta variant will affect the world economy have created resentment in the Asian market, Indonesia is starting to be the focus of attention in the region due to the significant increase in the number of infected cases.