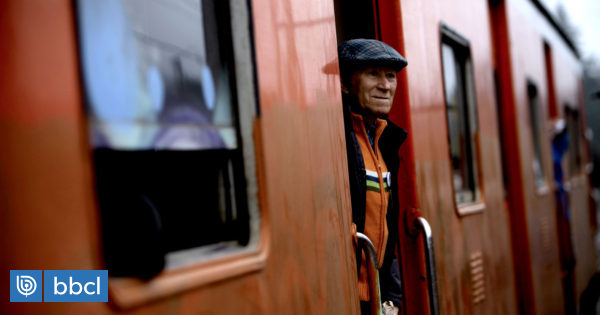 Report of Financial Statements Grupo EFE (State Railways) For January-September 2018 period, there is a significant increase in revenues. increase in passenger numbers It is transported with various services throughout the country.

In this way, revenues from passenger trains increased by $ 8,099 million, so, 40% more More than the first three quarters of the previous year. Number of passengers transported from 2018 to nine months 34.4 millionWith about 11 million users, 46% more than in the same period of 2017.

This increase was mainly recorded in services We Metrotren and Metrotren RancaguaIts successful operation, operated by Train Central, constitutes 72% of the total revenue growth in the passenger segment.

For the previous period, the subsidiary of EFE, Metro Valparaisoincreased revenues by 19% and mobilized 15.3 million passengers. Ferrocarriles del Sur, Fesur8% of this period reached 4.2 million users.

Through the same lines cargo transportation and real estate management also increased Incomes are 11% and 20% respectively according to January-September 2017 period.

Sales and management costs, on the other hand, increased by 6%, mainly due to higher payments for maintenance of the new rolling mill, as well as higher payments of road infrastructure and electrical systems as a result of increased railway activity. .