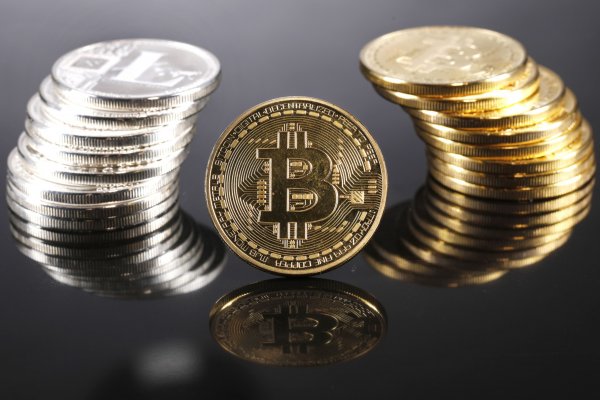 The Exchange Traded Fund, which will make short sales with virtual money, will start trading on the Toronto Stock Exchange tomorrow Thursday.

Canada is outperforming the United States once again at the Bitcoin crossroads. The first reverse Exchange Traded Fund (ETF) for the most popular digital currency on the market will debut at the Toronto Stock Exchange tomorrow Thursday..

Although regulators in the US have not so far approved any ETFs that follow the cryptocurrency, Horizons ETF is a Fund to allow investors to bet on Bitcoin’s collapse, according to a statement..

“Many investors have an idea about Bitcoin and this new ETF. It will provide an opportunity for those who believe the current price is not justified and a correction will be made soon “Todd Rosenbluth, ETF research director for CFRA Research, said.

The launch came as applications for a standard Bitcoin ETF in the US remained unapproved, with at least eight companies submitting requests, including Fidelity Investments and Galaxy Digital Holdings. The first firm to obtain the permit is likely to see great demand, prompting them to continue to push issuers despite the reluctance of regulators.

Since 2013, the SEC has denied all applications for Bitcoin ETFs, citing concerns about manipulation and criminal activity.. Meanwhile, Canadian colleagues have shown themselves to be more lenient in granting approval for Bitcoin, Special Purpose Purchasing Companies (SPACs), psychedelics, and even cannabis-tracking ETFs. The first North American Bitcoin ETF was launched in Toronto less than two months ago and has already reached $ 1 billion.

Horizon’s BetaPro Reverse Bitcoin ETF will provide up to 100% of the daily reversal performance of an index, according to this statement, “It multiplies the returns over time by exposing it to theoretical investments in Bitcoin futures for a long time.” You will receive a 1.45% administration fee, The sister product, BetaPro Bitcoin ETF (HBIT), which will be released on Thursday, will receive 1.00% commission and will track Bitcoin futures.

“Buying HBIT and BITI is as easy as buying any stock or any other ETF through a brokerage firm and doesn’t require investors to open a cryptocurrency account. Also, BITI will offer investors a way to get short exposure to Bitcoin without having to use a margin account or sell short-term trades. “

The cryptocurrency surpassed the $ 64,000 mark for the first time on Wednesday on the first day of trading on cryptocurrency platform Coinbase Global, but fell to about $ 62,100 at 4:15 pm in New York.

Prosecutor’s Office warns that if Gutiérrez does not attend a new hearing, they will request an arrest warrant | National