Sergio Ramos and suspicion of doping 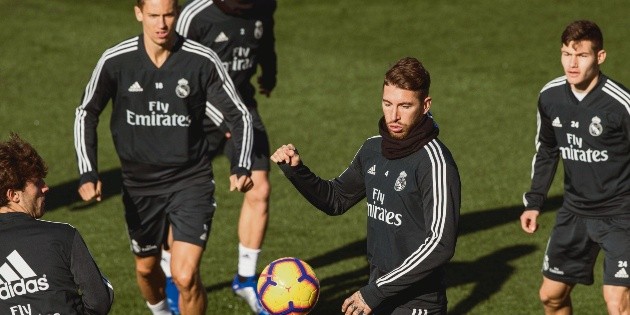 Sergio Ramos, Real Madrid's captain, was exposed antidoping Abnormal by a powerful corticoid, Victory Night Champions league In May 2017, UEFAAccording to the documents of the Football Leaks, was convinced that the drug is authorized.

After the final, the player's anti-doping control revealed the presence of dexamethasone, a powerful corticosteroid banned by the World Anti-Doping Agency (AMA), outside the local government. Ramos has accepted the product, but it is an argument that convinces UEFA to protect the case by intraarticular injection.

However, according to reports MediapartThe club's health services did not complete the medical form delivered to the inspectors correctly. UEFA, mistaking dexamethasone with betamethasone. According to the newspaper, the European body "is very likely to make an administrative mistake in the player and the doctor" is estimated. The World Anti-Doping Agency criticizes the only partial ban of corticosteroids (reducing partial fatigue and pain), since this determination does not always allow us to distinguish how the product is applied.

On a weekly basis Ramos has not passed a test antidoping after the end Champions league against Juventus In 2017and the Madrid captain did not follow the appropriate procedures in April of this year when he was asked to take a doping test after a game in the Spanish League.

UEFA also issued a statement saying "it strongly rejects unfounded allegations that positive doping results are hidden." He noted that the AMA and FIFA have the right to challenge any decision of UEFA in relation to doping control before the Court of Arbitration for Sport, but none has "filed such an appeal". UEFA said the AMA had officially confirmed that "everything was adequately addressed by UEFA and in accordance with the code".