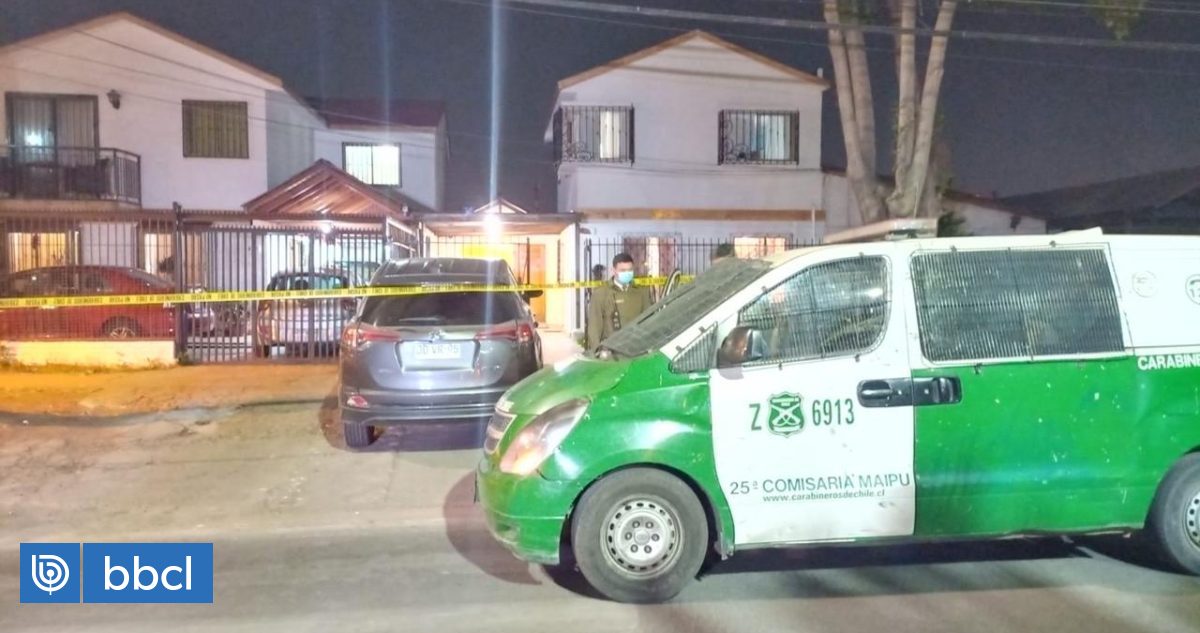 A plainclothes Carabineros official managed to avoid a violent door slam in the commune of Maipú on Tuesday night. after taking a few shots.

According to eyewitnesses, a woman came with her daughter and niece to a relative’s house located at the intersection of Valladolid and Las Parcelas streets.

At that moment, the strangers in a van-type vehicle quickly got off and frightened the victims with the obvious intention of stealing the Toyota Rav4, Faced with the situation, the woman apparently threw the keys on the roof of the house.

Likewise, the attackers began beating the victim. that’s when it happened A policeman at his home came out with his special gun and fired several shots at the unidentified people who had quickly fled the industry.

The victim of the robbery, Leslie Fuentes, told what happened.

up to the minute, It is unknown if any of those involved were shot. The van was abandoned in Pudahuel due to various bumps on its hood. but without leaving any trace of its inhabitants.

Currently, the study focuses on identifying and arresting criminals.