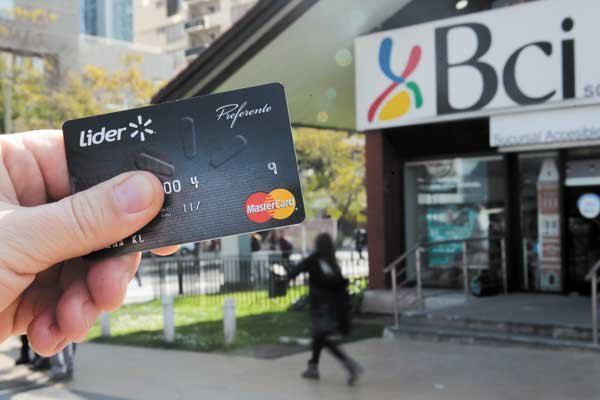 The Bank reported to the Financial Markets Commission (CMF) that the Consulate General of the Banks approved the operation.

One of the most important financial transactions of recent times has been approved. And as Bci reported to the Financial Markets Commission (CMF), Inspectorate today has authorized them to acquire the Mastercard card business.

"As a result, the closure of the transaction that Walmart and Bci work with their advisers is expected to subscribe to the usual closing documents for such transactions. As soon as possible," Bci told the regulator.

The operation, which is close to US $ 150 million, will enable the Yarur family to operate all the financial products and services currently offered by Walmart Chile, which will include the organization and operation of credit cards. Lead MasterCard, as well as advances in personal insurance and cash money intermediation, among others.

This operation, announced by its general manager, Eugenio Von Chrismar, is part of the Bank's strategy to continuously explore growth opportunities locally and internationally. The credit card industry in Chile "." On this line, it would allow us to double the market share of credit cards in line with the plan set, "he added.

"Financial Services will enable us to reach about 1.5 million credit card customers representing a great business opportunity. The payment tools will be a key part of our bank's success in the coming years. says Von Chrismar.

Walmart said that after this sale, he will focus on the growth plan of the country, which includes an investment of $ 800 million over the next three years and takes into account the opening of 55 to 60 supermarkets.