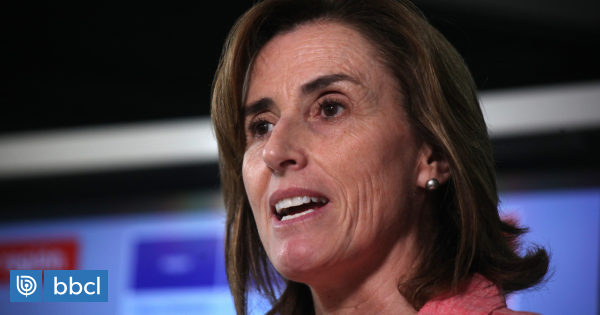 A series of criticism partial delivery Minister of Education Marcela Cubillos did not provide information about the application process to schools where 54% remained the first choice and some had 80% in the application from the results of the School Admissions System (SAE).

In the meantime, Mineduc gave information about schools that had more applicants than quotas, and called for protests to conduct self-assembled councils to change SAE, although the results of the system were better than the above.

Despite the fact that the idea emerged after the crisis in the country, and as a sign of the Government's attention to social demands, Minister Cubillos did not do anything about his administration as well as his citizenship.

The information provided by Mineduc to SAE is focused on schools that have more applicants than vacancies, except only other schools.

According to the data published on his Twitter account, 36% remained the first choice in schools with more demand from the quota, while 62% remained one of the top 3 choices. If you take the whole process into account, the numbers change dramatically because there is 54% in your first choice and 80% in one of your first 3 choices.

In this respect, ministers argue that when students enter directly, the SAE algorithm does not work when there is more room for a request to enter a school.

However, they argue that these data from the academy do not represent the total results of the system.

Academics question the use of a sub-sample

Alejandro Carrasco, a member of the Center for Education Justice at the Catholic University, questioned that Minister Cubillos used only partial information and was cautious in the use of the data.

Gonzalo Muñoz, Master of Leadership and Education Management at the School of Education at the University of Diego Portales, said that Mineduc delivered only a portion of the information and was ıntılı obsessed eye with changing the Government's School Admissions System. .

Once the results are known, parents should now accept or reject school duties. For those who refuse or do not participate in the process, a new complementary application period will be opened from 27 November. Next November 13 will know the results of those on the waiting list.

Hey, but …
1: This is a sub-example here and in red wine. Refusing or hiding it is intellectual dishonesty.
2: What is your aim with the use of quotations in the algorithm? Don't you understand what happened? You can be clearer here https://t.co/qywKzDEKFk https://t.co/Q0vJZG2nFe

1/2 Good for citizen participation, but it is important that Minister Cubillos clarify how he calculates his statistics. counts @uchil to Different about SAE:
54% were in the first choice and 80% were in one of the first three. # School Admission System

These are the real and official results of the SAE, why does the minister present other tricks?
To impress the faith of the people!
So he's protesting today, he doesn't assume it. Chile wakes up pic.twitter.com/hzsvattt6 is