Scientists uncover drivers of phenotypic innovation and diversification in gymnosperms 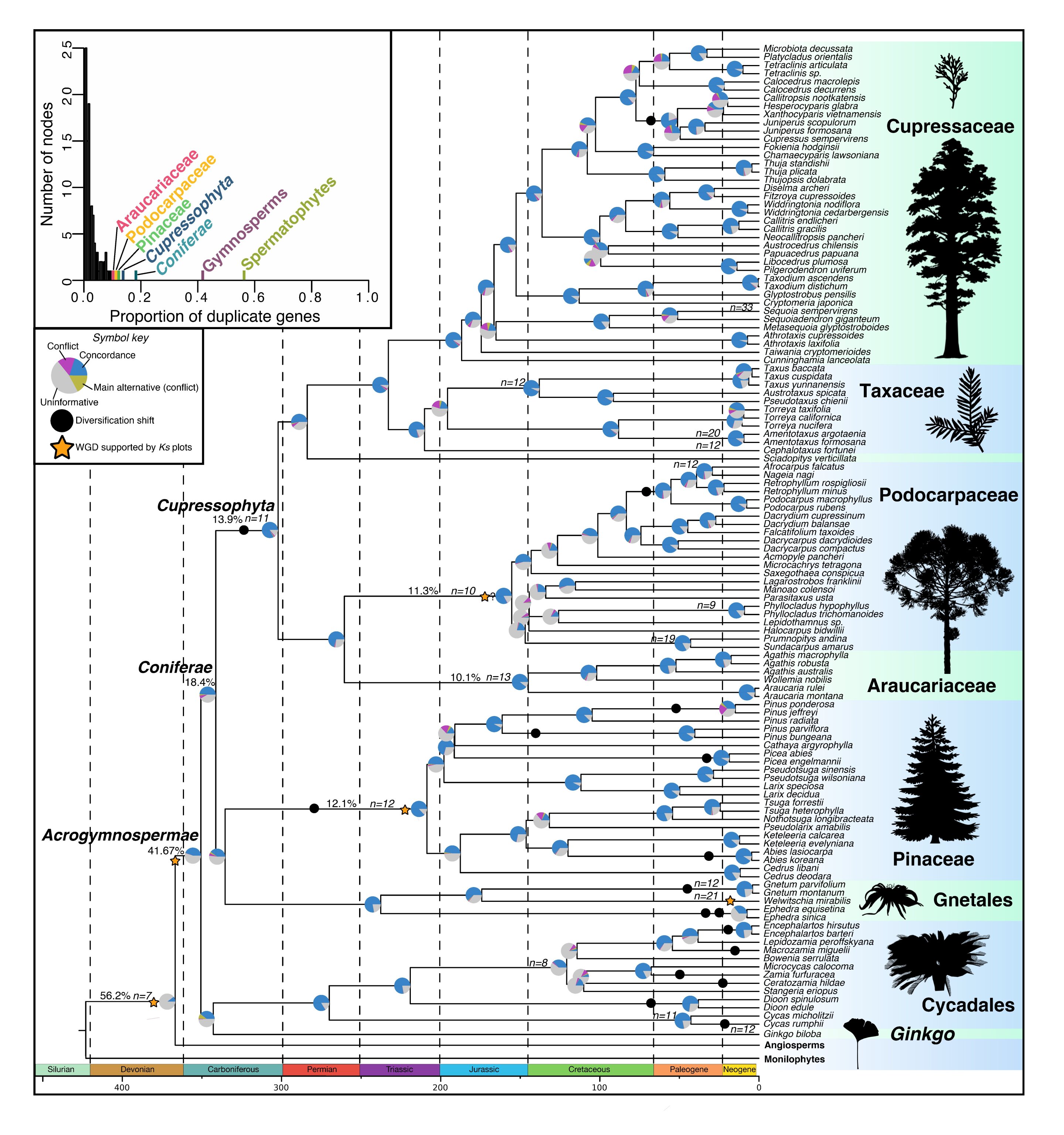 Identifying the main drivers of species diversity and phenotypic innovation across the Tree of Life is one of the greatest challenges in evolutionary biology.

This work provides critical insight into the processes underlying diversification and phenotypic evolution in gymnosperms, with important broader implications for the main drivers of both micro and macro evolution in plants.

In green plants, it is well understood that whole genome duplication (WGD or polyploidization) is an important evolutionary force. However, scientists clearly did not understand the role of WGD in shaping large-scale evolutionary patterns in plants, especially when combined with WGD’s adaptive radiation and other processes resulting from climate change or new ecological opportunities.

Similarly, current gymnosperm lineages clearly illustrate a complex history of ancient radiations, great extinctions, extraordinary stasis, and recent diversification. However, the correlates and causes of the main stages of gymnosperm evolution are also not well understood.

Using a new transcriptome dataset as well as several comparative datasets, the researchers analyzed the relationship between various aspects of genomic evolution, including gene and genome duplication, genome size and chromosome number, and macroevolutionary patterns of phenotypic novelty, species diversification, and climatic occupancy in Gymnosperms.

They also found that most shifts in gymnosperm diversification since the rise of angiosperms were separated from WGD events and were instead associated with increased rates of climatic occupancy evolution under cooler and/or drier climatic conditions.

This suggests that ecological opportunity, especially in the late Cenozoic, led to a resurgence of gymnosperm diversity combined with environmental heterogeneity.

Provided by the Chinese Academy of Sciences