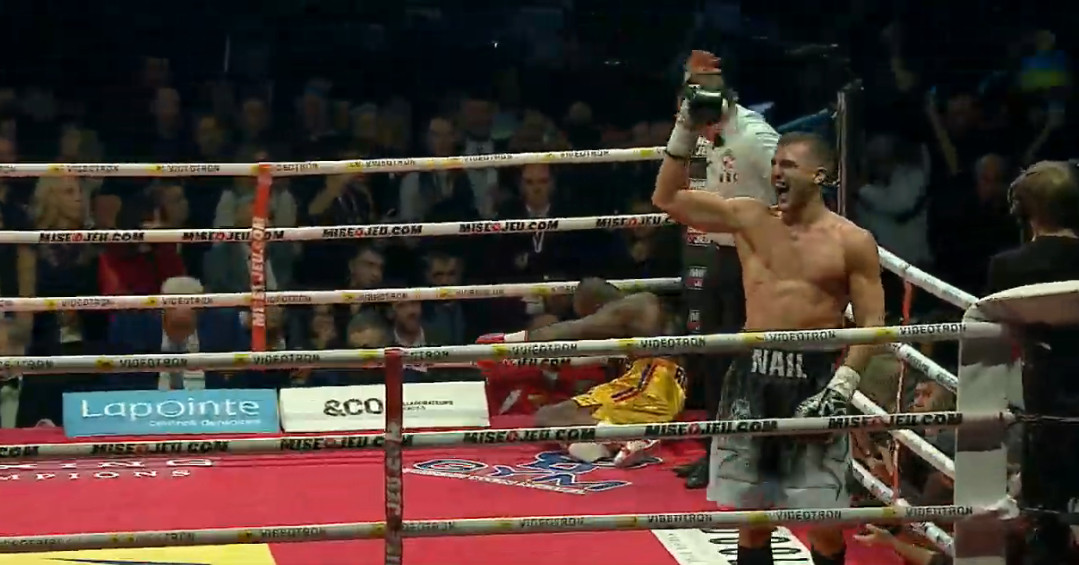 On the tenth round of the fight against a WBC Light Heavyweight, he defeated his rival, Oleksandr Gvozdyk champion Adonis Stevenson, to the championship and ended his title and claimed that he was awarded the first major worldwide title. Here is the video of the fight ending:

Here are our partners at BadLeftHook in the last two rounds:

Round 10: Stevenson tries to take a step on the body, then tries to follow a big left that he misses. Jab goes to Gvozdyk, then to someone else. Gvozdyk doesn't make a hard landing, but points. The chopping of the left hand is partially grounded for Gvozdyk. The big left hand will land for Stevenson and Gvozdyk hit the ropes! Gvozdyk gets hurt but regains his balance before he wins the capital of Stevenson. Gvozdyk is trying to continue as Stevenson tries to follow another big throw. Gvozdyk picks up a pivot and gets together in Stevenson! Wow! Close round. I'm going to blow Stevenson out because he obviously hurt Gvozdyk. Stevenson 10-9, 95-95.

Round 11: Stevenson went out to go down to Gvozdyk and go down to something big. Gvozdyk escapes Stevenson's left hand. Stevenson throws a few jabs and then lets him leave the left hand, but he can't find the mark. The hard right hand for Gvozdyk is following him with a frenzy! Stevenson breathes deeply and tries to shake. A number of lands for the right hand lead Gvozdyk. Gvozdyk for a two-two territory! Stevenson is retreating! Gvozdyk sank Stevenson around the corner and Stevenson tore into a heap! Done! Gvozdyk TKO-11.