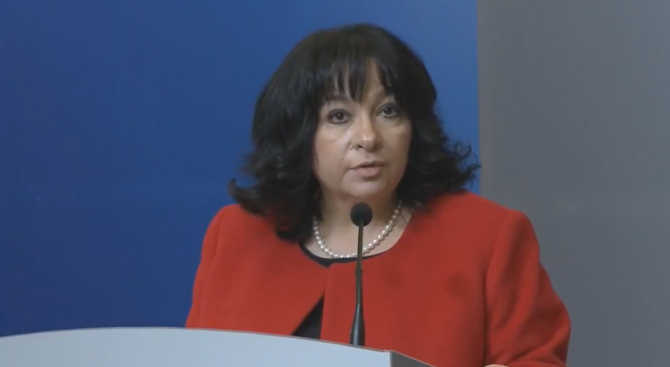 Belene NPP is ready for the procedure of selecting a strategic contractor. It is envisaged that the choice of the investor should continue within 12 months. Our goal is to revise the project and to ensure our energy security, to ensure that the project is financially and economically viable.

This was stated during a briefing by the Minister of Energy in the Council of Ministers. Temenujka Petkova

Malı This model should first be discussed with colleagues from the Council of Ministers. The decision, together with today, ordered me to present the procedure to the parliament. This will be called to MPs for the first time, "said the Minister of Energy.

In his words, there are 9 stages, and if they all overcome for a year, the final stage would be the signing of a shareholder agreement if the agreement between the potential shareholders is reached during the negotiations.

I Everyone will be brought to equal terms, “he explained.

Petkova, meanwhile, said the government's priority in the energy policy is the supply of gas supplies and routes.

"This is why we work very purposefully in this direction. One of the projects that are important not only for Bulgaria but also for the whole region is the Greece-Bulgaria mediator. With this project, a contract with the Azerbaijani company SOCAR to produce 1 billion cubic meters of gas from 2020 Until now, we must have built the Greek-Bulgarian interconnector. ız ız The minister should be put into commercial exploitation that we can rely on, imz he explained.

According to him, the supply of natural gas from Romania, which has a strong local yield, is seen as an opportunity.

De Of course we are in our local interest. If we look at the surveys in the Black Sea, Bulgaria has a great local yield, and at the same time, when we talk about natural gas, it is the biggest security and the greatest security of supply. Temenujka Petkova

He also commented on the issue of Ginka Varbakova and Iernom in CEZ.

"Regarding CEZ, there is no basis for decisions taken by a private company, where none of us have any participation in the Bulgarian state. Therefore, we cannot comment on this at least at this stage," the energy minister said.