How easily money leads to recession 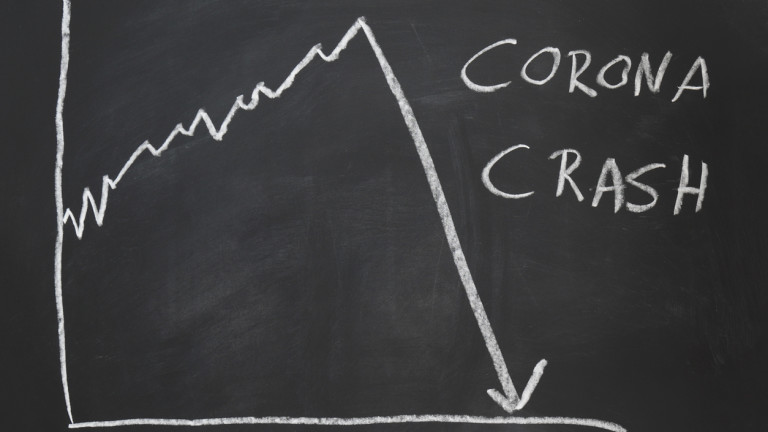 According to popular thinking, various economic data can provide the analyst with the necessary information about the state of the economy. Frank Shostak is believed to be able to determine the stage of the business cycle the farm is in, by controlling indicators such as gross domestic product or industrial production.

According to experts from the National Bureau of Economic Research (NBII), business cycles are seen as major fluctuations in many economic indicators, allowing peaks and troughs of overall economic activity to form after careful scrutiny.

Moreover, they argue that since the causes of business cycles are complex and not well known, it is much better to focus on economic data-driven consequences.

But if the driving factors of the explosion phases are unknown, as is the basis of the NBII methodology, how can the government and central bank take countermeasures against them?

Contrary to the way NBII thinks, the data do not speak for itself and never give any “signals” of their own. The interpretation of data, guided by theory, produces these “signals”.

Why are we experiencing cycles of explosion and stagnation?

Contrary to the confidence-only approach, boom and recession cycles are not only related to the strength of data change (for example, according to NBII, recession is a significant and sweeping decline in economic activity in the economy for more than a few months). In fact, it stems from events caused by the loose monetary policies of the central bank.

When the central bank lowers the basic interest rate, it initiates an economic boom by diverting real savings from real wealth producers to various activities that do not generate wealth and are not created in free markets.

This is the reason for cycles of boom and recession in the modern economy.

Therefore, when the key interest rate drops, this should be seen as the beginning of the economic boom. Conversely, its rise economically triggers the bubble burst or the liquidation process.

How deep the crash is depends on the extent of the distortions caused during the economic boom. The larger they are, the more severe the liquidation stage will be, ie. recession. Attempts by the central bank and the government to oppose the liquidation phase through monetary incentives will only undermine the real amount of savings and weaken the economy.

Again, it is precisely these policies that cause economic fluctuations, as central bank policies trigger a cycle of boom and decline.

When the central bank changes the interest rate and monetary policy, their effect is not instant, but takes time. Often it begins to be felt in a single market, and it covers more and more.

Differences between economic slowdown and recession

As a rule, symptoms of a recession occur after the central bank tightens the interest rate or monetary policy (here again, there is a lag in time). It is the state of the actual amount of savings that determines whether an economy is in a recession or just experiencing the usual economic slowdown.

As this pool continues to grow, the central bank’s tight monetary policy will result in an economic slowdown. Overall economic growth will be positive, although various activities that are not rich will now go into a crisis. This is because there are more wealth producers than wealth consumers. The growing volume of real savings reflects this. As their pool grows, the central bank and government officials may appear to have the power to combat the recession by pumping even more unsecured money and artificially lowering interest rates.

But in reality, these actions only slow or halt the liquidation of activities resulting from loose money and low interest policies, thus continuing to divert real savings from wealth producers to asset consumers.

What really creates real growth in economic activity is not the injection of new money into the system, but the fact that the actual amount of savings is still increasing. The illusion that it is possible to keep the economy by pumping money is shattered as the real savings pool begins to shrink. When this happens, the economy falls into recession.

In his writings, Milton Friedman blames central bank policies for the Great Depression of the 1930s. According to Friedman, the Federal Reserve could not put enough cash reserves into the banking system to prevent the amount of money in circulation from collapsing. Friedman believes the downturn is a key factor in the economic crisis.

According to Friedman, the failure of the Federal Reserve was not that it caused a money bubble in the 1920s, but that it allowed the bubble to deflate.

However, the economic depression is not due to the collapse of the amount of money in circulation as Friedman suggests, but from the collapse of the actual amount of savings. Their shrinkage is a consequence of the previous injection of money newly minted by the central bank and partial reserve banking. The increase in money supply initiates the exchange of nothing, ie. consumption without pre-production that undermines the real savings pool.

In addition, the decline in the real savings pool causes “airborne” bank loans to decline, thus shrinking the amount of money in circulation. This shows that previous loose monetary policies caused a decline in real savings and a collapse in economic activity and total money.

The fall in prices of goods and services follows the fall in the money supply. Many economists mistakenly view this bad news as being covered by central bank policies. However, any attempt to counter price drops through loose monetary policy will further weaken the real savings pool. Moreover, even if free monetary policies could raise prices and inflation expectations, this could not stimulate the economy as real savings fell.

Finally, it is wrong to think that falling stock prices caused the recession. Popular theory claims that it reduces people’s wealth, which in turn lowers consumer spending. Since they are estimated to account for 66% of GDP, this means that a drop in stock is driving the economy into recession.

But let’s remember – it is the real savings pool, not consumer demand, that allows economic growth.

Additionally, stock prices reflect individuals’ assessment of the facts of the facts. These estimates are often incorrect due to monetary inflation. If the central bank changes its policies, people can see much more clearly what the facts are and correct previous miscalculations.

Skala called Lubo from “Games of Will”! You won’t believe what he says to him … VIDEO