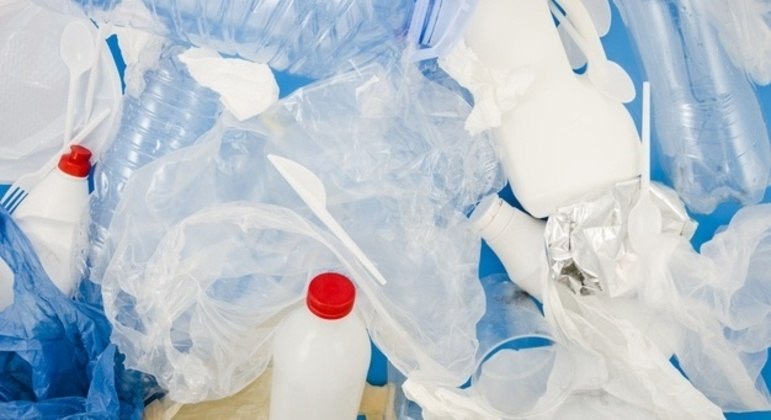 Scientists from the Plastics Innovation Group, Delaware University, In the United States, they developed a method that can convert petroleum-derived plastic into other fossil-derived products. The results of the experiment were published last Wednesday (21) in the journal Science.

Laboratory tests were able to transform single-use plastic waste such as plastic bags, yogurt containers and plastic bottles into ready-to-use molecules as fuel and lubricant to be produced from petroleum.

This type of process fits into what is called the circular economy, which occurs when products that are no longer useful are transformed into something new and allow the reuse of the raw material used in the manufacture of the product. This way, something thrown can be used several times and entered into a reuse cycle.

“Plastic waste is a serious environmental problem. As this circular economy progresses, the world will need to produce less original plastic because in the future we will reuse materials made in the present, “said Andrew Danielson, one of the authors of the study and of the Department of Chemical Engineering at the University of Delaware, in a statement that the institution published education.

The research offers a new catalyst that could accelerate the breakdown of plastics with a longer recycling process known as polyolefins. This type of polymer represents 60% to 70% of all plastics produced today.

Additionally, the process requires 50% of the energy use normally used to recycle such a product and does not emit carbon dioxide in the atmosphere, a topic widely discussed among authorities around the world.

The new method, developed by researchers from the University of North America, can also transform plastic waste mixed in other products, all at a temperature of about 250 ° C, which is considered low for similar processes.


To accomplish this transformation, scientists used a chemical process called hydrocracking to separate solid waste from plastic into smaller carbon molecules. Hydrogen molecules were then added which stabilize the material for future use.

A very similar process is done by oil refineries, but the newly developed technique converts the material into branched molecules, allowing the plastic to be converted directly and therefore faster into the final product.

This speed is the result of using a different combination of two catalysts, products used to accelerate chemical reactions. Scientists at the Center for Plastics Innovation used zeolites and mixed metal oxides to optimize the process, substances known to form branched molecules and break down large molecules, respectively.

“Alone, these two catalysts work badly. Their combination is magic, melts plastics and leaves nothing behind.” Dion Vlachos, professor of chemical engineering at the University of Delaware and one of the authors of the study, also said they are easy-to-find materials, so how technology can be used in large-scale processes. “We can start thinking quickly about how to use it.”

* Trainee R7 Under the guidance of Pablo Marques