And just wait a few hours. The seventh edition of the ICC T20 World Cup begins on Sunday, October 16. On the opening day, Oman-Papua New Guinea and Bangladesh-Scotland will face each other. However, before the field game began, the governing body, the ICC, released a report on the abilities of all participating teams. The Bangladesh team preview has already revealed themselves.

The headline of the ICC report is ‘Bangladesh is no longer oppressed, Bangladesh is ready to hunt monsters at the World Cup’. The governing body of world cricket has stated that the Bangladesh team will no longer play in the World Cup just to participate. There was also talk of the Tigers’ possibility of a World Cup appearance.

However, Scotland sees the Tigers as a ‘regular’ team. Scotland coach Shane Berger shouted into a battle of words before stepping onto the pitch. In a confident tone to try their best, he said in the first round they saw Bangladesh as a team like Oman and Papua New Guinea.

Bangladesh’s World Cup campaign will kick off with a match against Scotland. The Tigers will face Scotland on October 17 at 20:00 Bangladesh time. The Scottish team has been preparing for the T20 World Cup for the past year and a half. So they are at the pinnacle of trust. As a result, assertive words are said on the face of the coach.

Shane Berger said: “We know that if we do our best we can put all teams at risk. It’s a very simple calculation. In the shortest version of cricket, all teams are close together. We know, we can pay. If we try our best, we can beat any team. Bangladesh, Oman or Papua New Guinea. never mind.

“We don’t see Bangladesh in the first round matches over Papua New Guinea or Oman,” Berger said. Said. We know that all teams will attack us to win. But we will be big rivals for all of them in the group. We are ready. ‘

However, the ICC itself has a different tone. They consider Bangladesh not as an ‘oppressed’, but as a ‘giant killer’. The ICC report said:

Bangladesh cricket team has successfully removed the ‘poor’ badge from all three cricket formats through continuous improvement. This year’s T20 World Cup is a great opportunity for them to show their progress and development in this format.

Bangladesh will play in this year’s World Cup, winning nine T20 matches this year. Only South Africa has won more than 12. Bangladesh has become irresistible since the series loss on New Zealand soil in March. They won the series against Zimbabwe, Australia and New Zealand.

Bangladesh, which is in good standing in Group B in the first round of the World Cup, is therefore the favourite. Its rivals are Scotland, Oman and Papua New Guinea. Bangladesh will begin their journey to the World Cup with a game against Scotland on Sunday, October 18th.

However, the past statistics of the T20 World Cup are not so good for Bangladesh. They lost to the West Indies in the first edition of 2006 and reached the Super Eight. However, Bangladesh failed to win in 2009, 2010 and 2012. Despite winning the first round twice, in 2014 and 2016, they lost all Super Ten matches.

However, Bangladesh had a good chance to win the 2018 Super Draw. The hosts have lost the last three balls in a run against India. New Zealand dropped to 145 but failed to win due to batting failure. However, these two teams were shaken by the Tigers.

The biggest thing for the Bangladesh team at this year’s World Cup is that they won’t be playing underdogs like they did six times before. Bangladesh will not be an underdog if they can reach Super Twelve, not just in the first episode.

The Tigers have been slowly improving since the disappointing World Cup in 2016. They are currently ranked sixth in the ICC T20 rankings. Where teams like Australia and the West Indies are also behind Bangladesh. Their home wins against Australia and New Zealand in the series are a big testament to their progress.

The Bangladesh team has the full logistics to be successful in the World Cup, combining experience and youth. The team has an experienced batting squad with captains Mahmudullah Riyad, Shakib Al Hasan, Mushfiqur Rahim and Soumya Sarkar. At the bottom are Afif Hossain Dhruv and Nurul Hasan Sohan.

Mostafizur Rahman has the responsibility of leading the bowling attack. Accompanied by experienced fast bowlers in great form such as Nasum Ahmed and Taskin Ahmed and Mohammad Saifuddin. Bangladesh shouldn’t just be happy in Super Twelve this World Cup. They will play for the first time with the aim of putting their name on the knockouts. 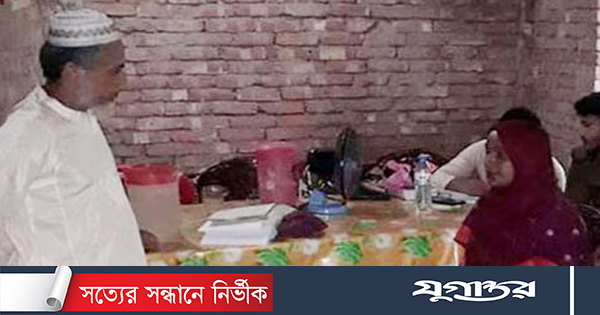