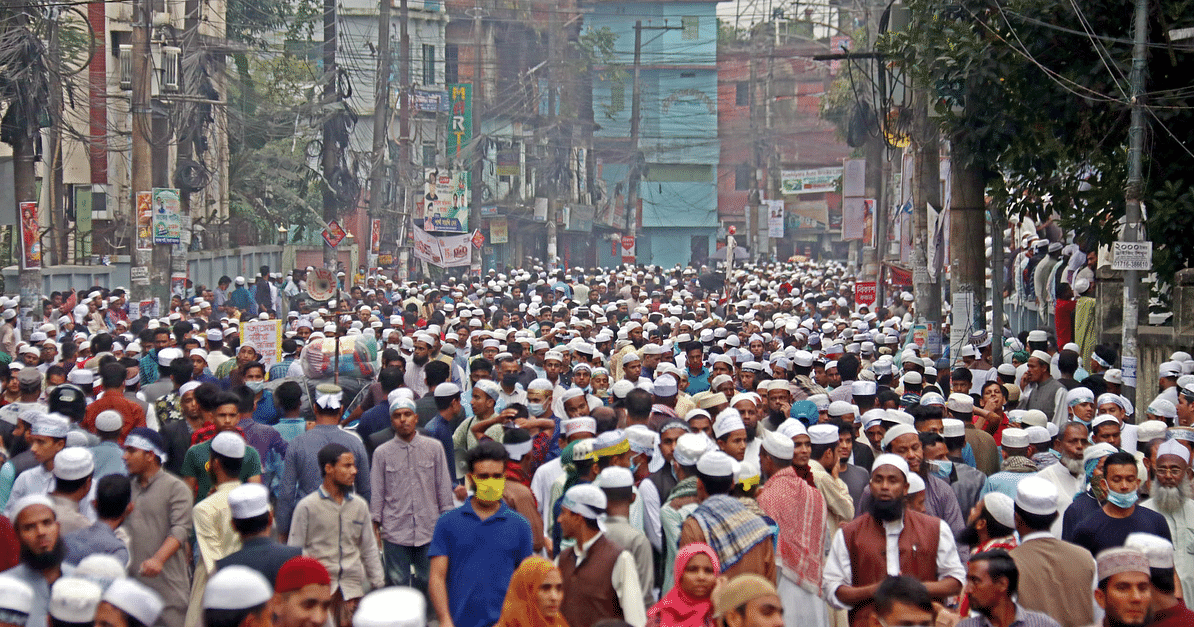 Hefazat-e-Islam is not an anti-government or pro-government organization. Hefazat-e-Islam paved the way for performing only religious works, Islamic works and worship. Islam was taken into custody in order to compile the graves of the Qadyans, who spoke mocking about Islam, the enemies of Islam, the enemies of the Prophet, the enemies of Allah, atheists, the Messenger of Allah.
Amir Allama Junaid Babungari of Hefazat-e-Islam said this when speaking at a meeting at the registration center in the city of Sylhet on Saturday afternoon.
The rally was organized by Hefazat-e-Islam Sylhet in France to protest the caricatures of our Prophet (pbuh) with the help of the state.
Babungari said, ‘The Prime Minister said the country would comply with the Medina Charter. We are with these words. We also want this country to act in accordance with the Medina charter. This country cannot follow India, America and China regulation.
Babungari, who demanded that Kadiani be declared an infidel by the government and state, said that different countries officially declared Kadiani an infidel. In a country with 90 percent Muslims, there should be no problem declaring Qadiani an infidel.

The Musharraf-Prabha couple in episode 100