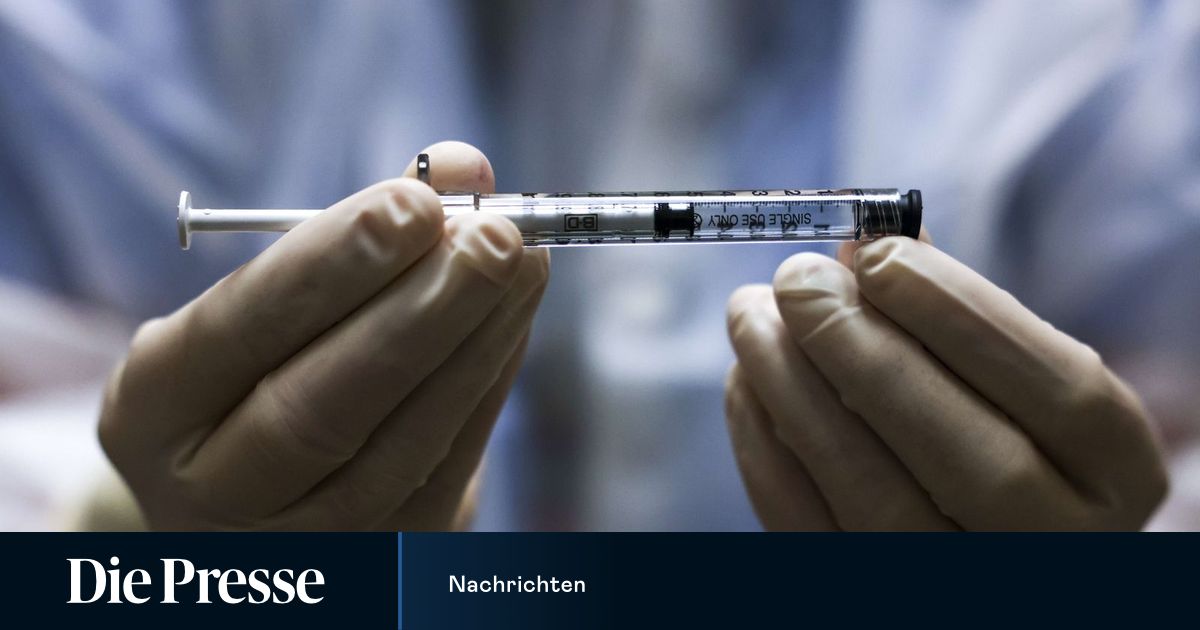 The vaccine against coronavirus needs to be injected only once. US President Biden speaks of “exciting news for all Americans.”

With the vaccine purchased from the US company Johnson & Johnson, a third corona vaccine may be used in the USA in the future. The US Food and Drug Administration gave emergency approval to the drug. It develops its full effect after one dose and does not need to be injected twice, unlike other vaccines used. US President Joe Biden spoke of his words “exciting news for all Americans and stimulating progress in our efforts to end the crisis.”

There are relatively low barriers to emergency approval by the FDA. Simply put, it should be ensured that a drug or vaccine does more than harm, in a demonstrable way. Regular approval is a much longer process.

“The advantages of the vaccine outweigh”

According to the FDA statement, available data on the Johnson & Johnson vaccine showed that “the known and potential benefits of the vaccine outweigh the known and potential risks”. The basis for this is tests with tens of thousands of subjects in several countries. Emergency approval applies to use of active ingredient by persons 18 years of age or older. The FDA said data on the duration of vaccine protection are not yet available. There is also no reliable information as to whether the vaccinated persons are infected with the Sars-CoV-2 virus.

So far, only two corona vaccines have been approved in the US: the one from Mainz-based pharmaceutical company Biontech and US partner Pfizer, and the competitor product of the US pharmaceutical company Moderna. Vaccines from Biontech / Pfizer, Moderna and Astrazeneca are on the market in the EU. The EU Commission has ordered a dose of vaccine from Johnson & Johnson for 200 million people. It also has enough options for 200 million people.

At the beginning of February, Johnson & Johnson applied to the FDA for emergency approval for the corona vaccine developed by the pharmaceutical division. The application to the EU Drug Administration EMA came in mid-February. EMA said Johnson & Johnson subsidiary Janssen-Cilag International NV will test the vaccine in an accelerated process. The responsible committee can give its assessment in mid-March.

At the end of January, Johnson & Johnson announced a provisional result of a Phase III study with approximately 44,000 test subjects, where the vaccine offered 66 percent protection against moderate or severe Covid-19 disease courses four weeks after administration. Effectiveness against serious diseases was given with 85 percent. Percentages mean that there were fewer cases in the vaccinated test group than in the placebo test group. According to the results of the study, the effectiveness of some competing products is higher, but the values ​​of Johnson & Johnson’s preparation are still considered good.

Infected more than 28 million people in the US

More than 28 million people in the US, where approximately 330 million people live, have been infected with the Sars-CoV-2 pathogen and more than 510,000 people have died. In absolute terms, this is more than any other country in the world. More than 70 million doses of vaccine have already been injected.

US President Biden saw the approval of a third vaccine as an important step in dealing with the epidemic. “There is light at the end of the tunnel” on Saturday evening (local time), but there is no reason to clarify everything. It is very important to vaccinate as many people as possible as quickly as possible, and to continue to follow distance and hygiene rules.

The top immunologist Anthony Fauci told publisher CNN on Sunday that it is now “another very good vaccine in the mix,” with US approval. Regardless of the approved vaccine, people should get vaccinated as soon as possible. The Biden adviser warned that preventive measures should not be reduced too soon. There is a risk that the number of cases will increase again.