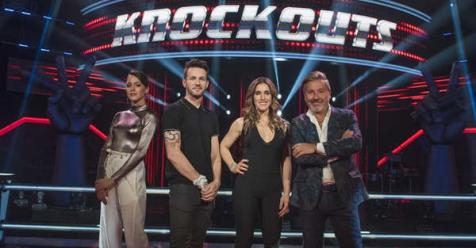 From Monday to Friday by Telefé and "La Voz Argentina" talent show from Channel 7, from Santiago del Estero, continues with "Knockout" this time with the stages of elimination.

With the participation of Marley and Axel, Soledad, Tini and Ricardo Montaner, "La Voz Argentina" will start with a new scene at 21.30 today: A couple of the same team must sing two different songs. Each artist has the chance to choose the theme. At the end of both presentations, the coach will select one of them to proceed on the next round. But there is another innovation here: The other judges will be able to produce the "Robbery" of the one not chosen by their coach and carry it to their team.

To prepare participants, "Knockout" coaches will be the assistant of Carlos Vives. Colombia will help a coach who provides advice and opinion to the participants during each test prior to their performance.

So they say goodbye to the screen, saying goodbye to Becky G, Mau and Ricky, Cali and El Dandee and Kany García. These days, he's in peloton with a poker nomination in the Latin Grammy, accompanied by David Aguilar. Jorge Drexler and Natalia Lafourcade, respectively, under J Balvin and Rosalía, respectively, with eight and five nominations respectively.

Kany has four candidates for Latin Grammy. Among them, including Efe, who has approved Puerto Rican's proposal, including the best record, song or record, Efe, who says he may be too eclectic from his position as a singer, says "content."