One street attack, one final suspect and questions to clarify 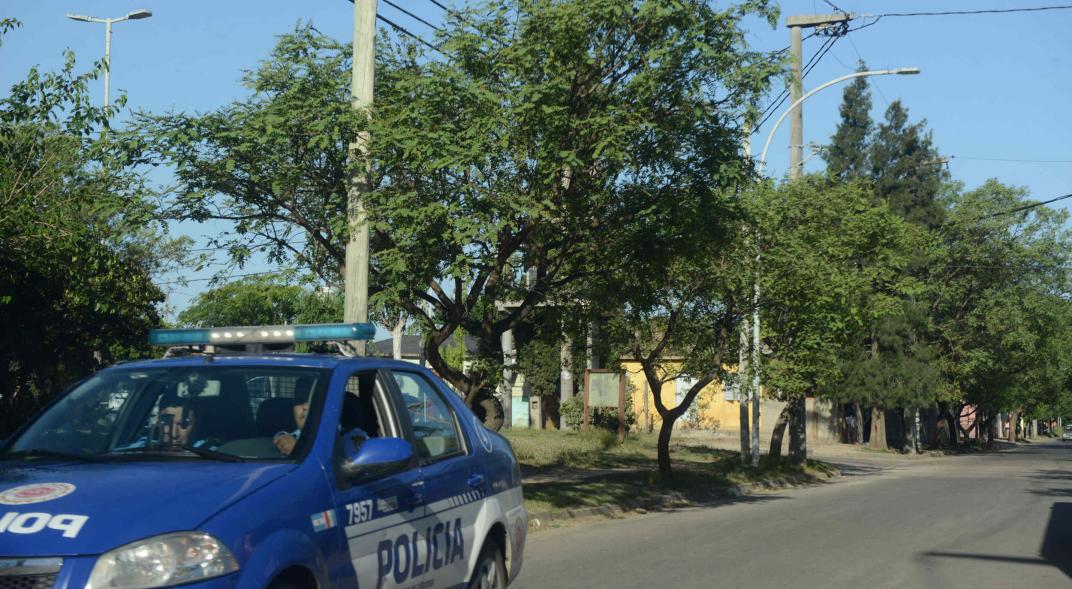 On the one hand, he states that there was a street attack on the Cordoba Police that ended with the beating of the victim, then he was shot with a shot and that everything ended with a suspicious shot in his head. On the other hand, police from different neighborhood social organizations have been charged; is said to be a "knock down"; He denounced that the deceased was a "carrero" who had nothing to do and was an "easy trigger".

Among, Justice. The prosecutor stated that there was an attack and, in principle, the action of the police would be transformed into a legitimate act. So it's not illegal.

In any case, the judicial officer, the opinions of the different experts, the autopsy and the testimonies of the independent witnesses expect to clarify all the questions that have arisen in the middle of this story based on the mistrust in Córdoba.

The production began yesterday morning after the death of Marcos Jesús Soria (33), accused of accusing one of the two criminals in the neighborhood of Obispo Angelelli 2, a violent attack on a neighbor on their neighbors. South of Cordoba.

Soria passed from a 9mm pistol shot from the head in the back.

Both the officer and the two – the rural Patrol – both were released and no charges against him.

A few hours later, Soria's death led to some conflicts in some neighborhoods and among the police officers in the same neighborhood. There were insults and stones against uniforms by many who insisted they were confronted with a “new police surplus“.

With the death of Soria, we have added 10 theft crimes that have ended up in Cordoba province this year. Mostly police bullets fell.

The evolution of the case is followed with extreme caution from the provincial government. First, because they defend the police action. Secondly, the charges of social organizations.

Soria, the Confederation of Popular Economy Workers, the same organization that included Rodolfo Orellana, who had fallen to grab a land the day before a dead day in a fight between her neighbors and the police in La Matanza, Buenos Aires. (CTEP) was a member.

In the Government of Córdoba, they fear that the example of the Angelelli neighborhood could be politicized.

According to the judicial and police investigation, at least two criminals (walking on foot) attacked a man waiting for a bus near the tip of the transport company Ersa. On the 27th block of Angelelli.

Always according to the official version, the victim (a 53-year-old neighbor) resisted the robbery and ended up with blows and cuts in his arms.

Apparently, the thieves escaped and the victim managed to warn what had happened to a dispatcher who was not in charge.

This cash, in turn, warned a mobile phone of the Rural Patrol traveling to the sector. According to the official account, the police duo went to look for criminals and managed to find two suspects a few blocks away.

"These guys left and they started running in different directions. One of the policemen, the car boss, managed to control one of them, and he was covered in blows, then escaped, took out a gun and had a change of attraction," a senior police source said.

According to the spokesperson's statement, the suspect was the last gunned-down Marcos Soria.

. The other suspect was captured within a few meters, birkaç said the informant of the force.

The detainee was found at the age of 45 to be Miguel Ocampo.

Revolver was seized in surgery.

A revolver was seized under the procedure.

The police stressed that the attacked person (neighbor) should receive medical attention due to some coups and interruptions during the attack.

Arrested suspect Ocampo was indicted by prosecutor Dalma as a robbery-themed author for the use of a gun.

. He wasn't a criminal. It's not what he said. They shot him, hum he insisted yesterday, when the late Luisa Gom / man demanded justice.

From Ctep, Soria stressed that Soria is a non-crime driver and is working as a car driver to support her and her two young children aged 1 and 4. "He also worked in the garden. He was a good boy. He came back from a party and the police stopped him for nothing, he hit on him, managed to escape and hide in a network. They stopped him again and they said:" I ran, and I ran! . While running, they killed him in the back, ark said María, a neighbor and a member of the same social organization.

Police insist that Marcos Soria was one of the thieves who attacked the neighbor and faced the uniform. The force, the decade in the past ten years on the occasion of the robbery of a man's criminal record as a so-called drew attention.

The prosecution of Dalma was insisted that the street attack of a neighbor was confirmed and that the ın surplus bir elements in principle had not emerged. "So far we have a murder with legitimate police defense. But they remain as experts, they are indicated in the prosecutor's office.

A bullet killed the accused profile

Marcos Jesús Soria had recently returned 33 years ago. She was the father of a child and 4 and 1 year old girl, respectively. Obispo lived in the Angelelli neighborhood. According to her family, she earned her living as a carrero. Police say there was a story of theft and even murder.

The original text of this article was published in our edition on 11/25/2018.