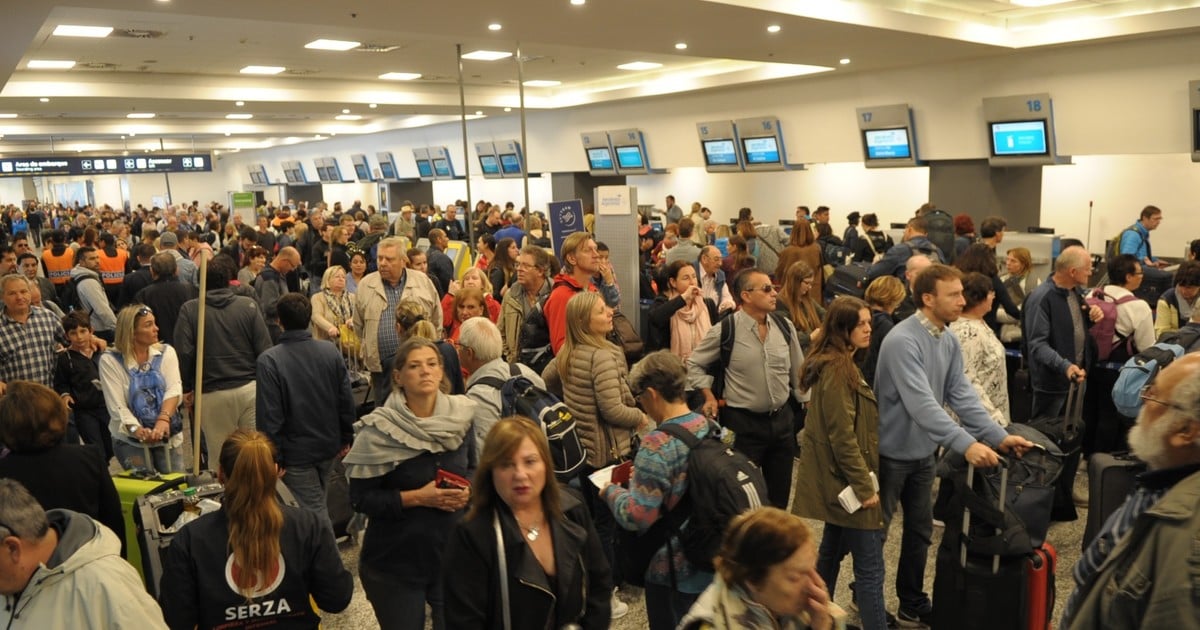 At least 57 Airlines flights were made by Aeroparque and other stations of the country this Thursday morning It is cancelled Paritarias demand a reopening of aviation by a surprise union protest.

The airline spokesman predicted that flights would only begin to normalize at 10, but Approximately 7 thousand passengers affected by measure of force. They warned the company that they would try to relocate them on other flights.

The protest is carried out by pilots (APLA and UALA) guilds as well as by the ground personnel of the Aviation Personnel Association (APA), APTA technicians and UPSA. In the Buenos Aires air terminal and other assemblies in the interior of the country.

Last Friday there was a similar measure of the sixth union, the workers of the company, the Association of Air Transport Companies (AAA).

The affected passengers can change their tickets for other dates or destinations within 30 days of the route they have purchased. The company authorized the line 0810-222-86527 for specific queries regarding canceled flights.

"Power measurements are made in holding assemblies at main airports, Preventing normal performance of tasks. These assemblies are trying to influence the service of the company. The assemblies began at 7am. For this reason, the company had to cancel its 10 flights so far before 10am. Given the characteristics of the measure, the operation it could not be normalized before then"In a statement, expected airlines.

The company confirmed that the demand has already affected 7000 passengers, but as long as the councils are extended, canceled or delayed flights may be even higher.