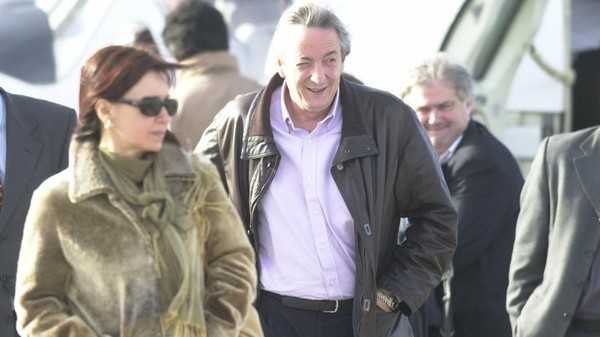 Justice is moving closer to the former private Néstor Kirchner secretary, Daniel Muñoz. Now Judge Bonadio ordered to stop Osvaldo Parolariappearing as Manager of a series of real estate transactions in the United States Those who believe they take money from bribes from which Muñoz has acted.

Although she announced her return to Argentina on November 30th through defense, she waited for her country to return to Parolari and was detained on Friday at Ezeiza International Airport.

The preventive prison was regulated by the case investigating the bribery collection cycle to be implemented by the Federal Ministry of Planning, which was terminated under Julio De Vido from 2003 to 2015, as determined by Justice.

She is charged with being a member of an illegal organization led by Cristina Kirchner, who is dedicated to the allocation of illegal funds and is prosecuted under Bonadio.

Osvaldo Parolari, as a figure Manager of a series of real estate transactions performed by Elisabet Municoy and ex-husband Sergio Todiscor – both in 2011 for $ 13 million in bribe books.

Located in New York City, this is an apartment overlooking the Central Park in the Plaza Hotel.

In this new arresting tour, this week, the preventive prison was given to former Santa Cruz Economy Minister Juan Manuel Campillo and his nephew, Gastón Campillo.