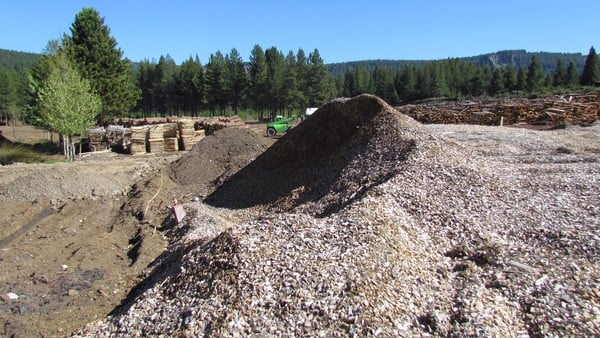 The use of renewable energies is increasingly strong in the world and one of the ways in which there is a lot of growth potential is biomass. Many companies in Argentina are already working with this resource and others are in the research phase to start production.

Trees, tree leaves, shell shells, such as plants and animals produced by the production of energy through organic substances. You can also use the wastes produced by different activities and sectors such as olive bones, almond shells, wood shavings, wood.

The process of obtaining this begins when plants store solar energy through photosynthesis and convert it into chemical energy. This is the same as later. The result is the development of a non-polluting and very competitive resource.

The simplest method for obtaining energy from biomass is direct combustion. Thermal and electrical energy can be produced by burning the wood. The process is carried out with biomass boilers using the above-mentioned forest residues as fuel. These machines are very environmentally friendly. They are also safe and economic, which benefit when thinking about these activities. Biomass can also be used to obtain other biofuels, such as biodiesel and biodiesel.

The use of biomass offers advantages over conventional energies. In principle, because it is derived from inexhaustible sources that have a tremendous capacity for natural regeneration, as it is a renewable resource. In addition, this method ensures that waste is the source. The production surplus of the agricultural industry is used to obtain energy. On the other hand, waste produced by biomass such as ash can be reused as fertilizer.

The described procedure is not pollutant, but combustion should be used to generate energy. When burned, plants release the same amount of carbon dioxide that they absorb during their life cycle, so this gas does not increase in the atmosphere.

Another advantage of biomass is that it helps with forest cleaning. The use of nature's waste means less fire, less wear and less soil degradation.

Biomass also achieves the same results as other energies, but has a cheaper price that is four times cheaper than that of fuels such as oil or coal.

Finally, this system reduces greenhouse gas emissions and also supports the diversification of the forestry sector that creates employment in rural areas.

The sugar company Ledesma has a biomass project. Since 2010, they have been using vegetable residues that remain in the field after harvest and wood remnants from sustainable fields for energy. Since 2012, they have started to make intensive plantations of eucalyptus to produce biomass, which is widely used in the world.