Why are questions being asked about AstraZeneca / Oxford’s COVID vaccine data? 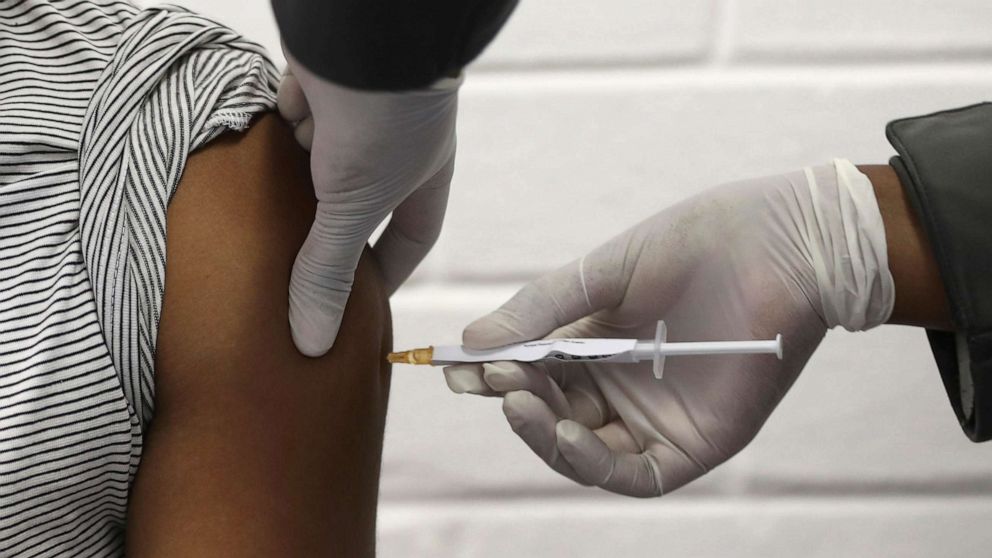 The British government said on Friday that it has formally asked the drug regulatory agency to consider the Oxford / AstraZeneca vaccine for regulatory approval.

“We are working tirelessly to be in the best possible position to distribute a vaccine as soon as the independent regulator is approved by the MHRA,” UK Health Secretary Matt Hancock said, referring to the Medicines and Health Products Regulatory Authority.

This is the second vaccine that MHRA has reviewed; the other is the Pfizer / BioNTech vaccine.

The Agency may authorize both vaccines under special legislation known as Regulation 174, which allows temporary supply of medicines in response to a public health crisis.

The University of Oxford and AstraZeneca announced the trial results on Monday, but have since come under criticism for how they compiled for the third and final phase of the AZD1222 vaccine trials and presented intermediate results.

Both the university and the pharmaceutical giant have defended their practices and products. “Studies were conducted to the highest standards,” an AstraZeneca spokesperson told ABC News on Thursday.

At a joint press conference on Monday, the teams announced that their vaccines were 62% and 90% effective, depending on the dose level administered. His trials followed two different dosing regimens – the first used two regular doses and achieved 62% efficacy. The researchers said the latter had a lower dose, followed by a regular dose with an effectiveness of 90%.

They presented an average of 70% overall effectiveness, a method considered unorthodox by some. Oxford University announced to ABC News that it plans to submit this average activity reading of 70% to regulators for approval. Regulators in Europe and the UK conduct a sequential review of all trial data.

However, questions are now raised about whether the approval process will go smoothly or not. Soon after the press release and the initial excitement of the good news, questions began to arise about why researchers were using two dose regimens and how they were collecting and presenting data, such as whether the results could be combined into one average.

“AstraZeneca / Oxford gets a low mark on transparency and rigor when it comes to the vaccine trial results they reported,” said Natalie E. Dean, professor of biostatistics at the University of Florida. serial tweet Tuesday. “This is not like Pfizer or Moderna where we have pre-established protocols and a pre-determined primary analysis is reported.”

“Actually, the trials look quite different depending on countries, populations, subgroups, etc.”

He also questioned the inclusion of two dose regimens.

“If they want to get half the dose approved, they have to wait until they have a convincing result. Otherwise, we may fall into ‘evidence ambiguity’. ” I said.

Ian Jones, a virology professor at the University of Reading, told ABC News that the data are confusing. “The phase III data disclosed in the press release is corrupt and frankly confusing… How should one judge this? Even those running the experiment openly admit that they don’t know why they got the result they did.”

Some wondered if the confusion around this vaccine was caused by a press release that distorted the complex scientific information in bite-sized nuggets. Two other companies with late stage vaccine data – Moderna and Pfizer / BioNTech – published their most important results in their press releases.

The vaccine research field is not used to working under such intense media scrutiny. Every step the Oxford / AstraZeneca team took followed a global media footprint. Dean and other experts felt the clarity was missing on Monday.

Oxford and AstraZeneca explained that once all data have been reviewed and published by the peer, the public will better understand the parameters of the trials. They also tried to explain how the dosing error occurred and explained that it was caused by a problem with how the density of the doses was measured.

A lower dose had entered the trial system and was given to about 2,800 people before the error was detected.

AstraZeneca provided more details, explaining that the change in dosing intensity occurred when they went to increase the amount of vaccine for trial.

The AstraZeneca statement also makes it clear that there are no safety issues with the dosing and “has been reviewed by the independent Data Security Monitoring Board and the UK regulator, both of which have approved the continuation of this dosing regime, and the regulator has publicly acknowledged it” was not concerned.

However, questions were also raised as to why none of the researchers involved in the study mentioned this error in their first press briefing, and why the trials followed this unconventional two-dose regimen.

While both the University of Oxford and AstraZeneca press releases highlighted these as intermediate data, many – journalists, scientists, and pharmaceutical company executives – initially focused on positive news and highlighted the 90% effectiveness figure.

Not only was this vaccine safe and effective, it was also easily transported and stored, and required only standard refrigeration for both as per release. This was particularly important given that competitor vaccines from Pfizer / BioNTech and Moderna had to be frozen for shipping and storage.

Later the flaws in these results began to emerge.

On Monday evening, a Reuters reporter asked how the two-dose regimen came about in an interview with AstraZeneca’s head of non-oncology research and development, Mene Pangalos.

“The reason we took half the dose is by chance,” Pangalos told Reuters.

Part of the trial, which turned out to be fewer than 3,000 people, had accidentally taken a lower starting dose. This was only discovered because this group experienced much milder side effects.

In fact, AstraZeneca welcomed this news: Not only was this dosing regimen more effective, it also meant that more of its product would be used. Ruud Dobber, another AstraZeneca executive, told ABC News: “The good news is that if you can start with half the dose, we will have more vaccines and we can start vaccinating a larger group of people around the world.”

The dosing error was previously reported by the Daily Mirror in June and described it as “a great shame for the Oxford Covid-19 vaccine trial.”

Jones, who was closely following the trials at the time, was quoted saying that he was “surprised” by the error and worried that “it might have an effect on the clarity of the case”.

He told ABC News on Thursday: “The data in the press release does not invite public confidence.”

“I’m not worried that the vaccine is unsafe, all the evidence is,” he continued. “However, I am worried that if we do not know exactly why the different doses were made this way, there is no guarantee that there are no guarantees. The correct dose will be used going forward. The public needs complete clarity, what will they get and how will they be protected?”

Despite criticism and confusion following Monday’s announcement, the British government is backing the vaccine with its chief scientific adviser, Patrick Vallance, and said on Thursday, “The main result is that the vaccine works and it’s very exciting.”

However, obviously some damage was done. AstraZeneca’s stock price fell while competitors Pfizer / BioNtech and Moderna made gains.

The head of Operation Warp Speed, Moncef Slaoui, made the situation even more complicated when he told reporters Tuesday that 90% of the event was applied to a small subgroup of 2,800 people, which included only individuals between 19 and 55 years old. No one of the most vulnerable demographics has been tested with this dosing regimen.

Pangalos told reporters on Monday that AstraZeneca is planning to apply to the U.S. Food and Drug Administration to change the trial protocol in the U.S. to include this lower dose followed by a higher dose regimen, which will likely lead to slower approval in the U.S. He said he would open it.

AstraZeneca will continue to “further investigate the half dose / full dose regimen” as the public awaits all the data and peer-reviewed analysis to be published “within weeks”, according to Oxford.

“We are evaluating the data further and will work with regulators on the best approach for further evaluation,” said an AstraZeneca spokesperson.

Meanwhile, both European and UK regulators will continue to review the data and decide whether the vaccine will be approved.

Pfizer leak: SA health officials do not respond to requests to talk about Covid-19 vaccines for ‘months’

Phylogenetic analysis shows variant B.1.1.7 of SARS-CoV-2 originating in the UK.