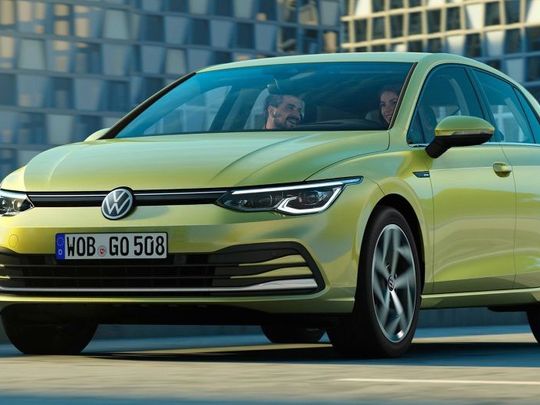 After all the rumors and spy shots – here it is, the folks, the all-new eighth-generation Volkswagen Golf.

No, really, this is it. Yes, it does look mighty similar to the Mk7.5.

Unveiled at VW's Wolfsburg headquarters, the Golf – which has sold more than 35 million units since 1974 – runs on the same MQB platform and sits making

The minor styling changes include a VW roundel.

Around the back, it features a new raised rear bumper with the 'Golf' script written beneath the VW logo while design boss Klaus Bischoff and his team .

The biggest changes come in with the new cabin minimal

For the full story and more images, head to Wheels.