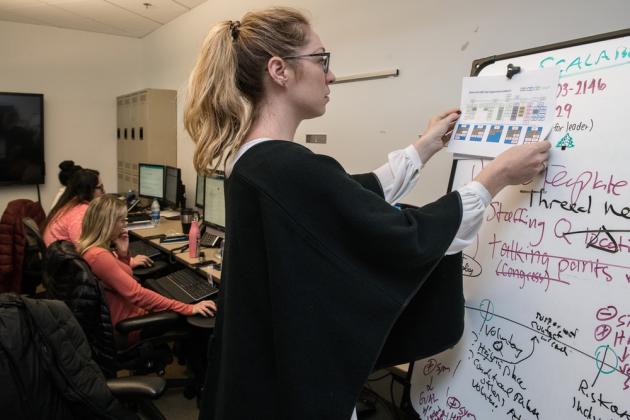 DUBLIN, Ireland November 21 (Xinhua) – Ireland reported 344 new cases of COVID-19 on Saturday, increasing the country’s file load to 70,143, according to the Irish Ministry of Health.

The ministry said in a statement that four more people died from COVID-19, bringing the death toll in the country to 2,022.

According to the department, there are currently 269 COVID-19 patients treated in hospitals across the country, 32 in intensive care units.

Earlier this week, Tony Holohan, chief medical officer at the Department of Health, said he was increasingly concerned that the positive trends that emerged recently were not sustained.

There has been no significant improvement in the situation since then, according to official statistics, as daily cases in the country still average around 370 in the past five days.

The Irish government is continuing the weekend debates over which COVID-19 restrictions should apply when the current Level-5 or highest-level restrictions expire at the end of this month, Irish national radio and television broadcaster RTE reported.

The report said government sources said that Irish Prime Minister Micheal Martin asked the country to break out of Level-5 restrictions on 1 December.

However, the report noted that despite growing expectation that the country will move to Level-3 restrictions next month, no decision has been made.

After the second wave of the epidemic broke out in the country, Ireland switched to Level-5 restrictions at midnight on October 21.

Under Level-5 restrictions, the entire country is under almost a deadlock, with minimal human movement and economic activity allowed.

Coronavirus infection rates, cases and deaths in all regions of Wales on Wednesday, November 25

After a 52.1% increase in new cases in one week, Covid-19 resurrected in Western Cape – Winde

John Legend trying to reclaim the singer he eliminated